ISLAMABAD (92 News) – The war of words between the opposition and the government continued on the second day of the National Assembly (NA) session on Friday. According to the details, Deputy Speaker Qasim Khan Suri gave the floor to Federal Minister for Postal Services Murad Saeed to speak as the opposition continued to stage a protest, holding placards in front of the speaker’s chair. The opposition members raised protest by tearing up the inflated gas bills while Pakistan Tehreek-e-Insaf (PTI) leader and Communication Minister Murad Saeed addressed the session, and walked out later. 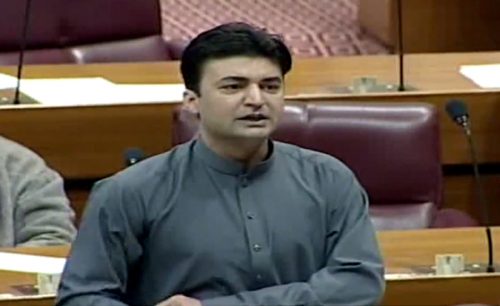 Referring to the Kulbhushan Jadhav case’s public hearing at the International Court of Justice (ICJ), Murad said it was shameful that three-time prime minister Nawaz Sharif’s interview was being quoted by the Indian side in their defence. Murad maintained the argument by recalling that it is opposition holding the NA hostage. “First they wanted Shehbaz Sharif as Public Accounts Committee (PAC) chairman. Now they are asking for Rafique’s production orders.” Then, the opposition then staged a walkout. Murad Saeed regretted the posture of the opposition parties in the House. He said Pakistan is currently facing many challenges with India resorting to threatening tone against the country. He said Pakistan’s image is improving under the leadership of Imran Khan. Pakistan prisoners in Saudi Arabia are also returning to the country due to the efforts of Imran Khan, he added. 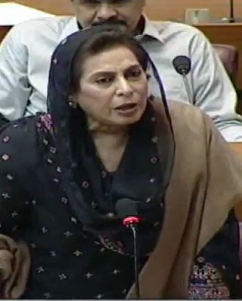 Taking the floor, Minister for Inter provincial Coordination Fehmida Mirza said the opposition members have infringed the sanctity of the House by surrounding the dais of the speaker. She said those claiming themselves to be proponents of democratic norms should respect the office of the speaker. Fehmida Mirza said the process of accountability will go ahead and the democratic system and the parliament will also function. 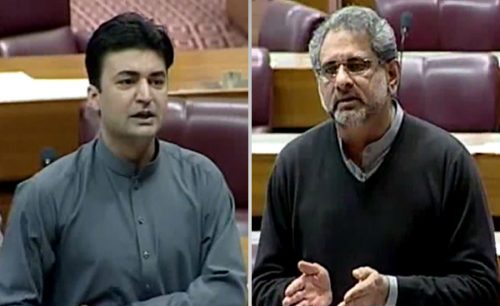 Earlier, addressed the NA session, former premier Shahid Khaqan Abbasi lashed out at the PTI with a gas bill in hand for alleged incompetence and blamed the treasury benches of holding the Parliament hostage. The former prime minister said that they have no fear of accountability process but objected on the arrest of elected leaders without any evidence and deprive the leadership of the constituency. He demanded the speaker to issue production orders for Khawaja Saad Rafique. As Abbasi ended his speech, the opposition began tearing up gas bills in protest.

On Friday, the National Assembly (NA) turned into fish market as the opposition parties staged protest against the arrest of Sindh Assembly Speaker Agha Siraj Durrani. Members of the ruling Pakistan Tehreek-e-Insaf and opposition engaged in a war of words during a session of the National Assembly However, the opposition members attended the NA session wearing as black ribbons on arms and raised slogans against the detention, demanding to release the speaker immediately. It is worth mention here that National Accountability Bureau (NAB) arrested Sindh Assembly Speaker Agha Siraj Durrani in assets disproportionate to his known sources of income and funds embezzlement cases.

ASI among two cops martyred, 64 others injured in clashes with banned TLP workers