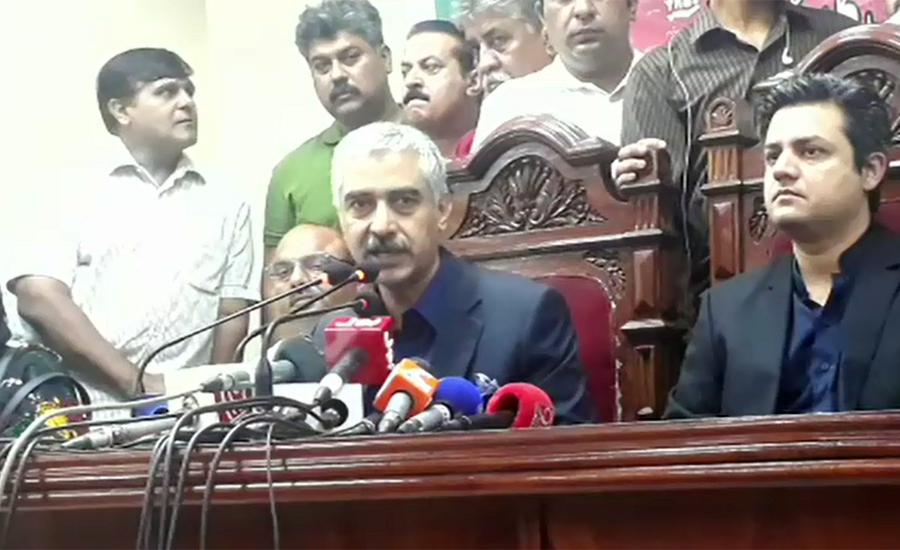 LAHORE (92 News) – Punjab Information Minister Mian Aslam Iqbal said that the government is promoting merit instead of the ‘sifarish’ culture. Addressing a ceremony to distribute Sehat cards on Sunday, he said that the economic situation is improving fast. “Health cards are being distributed indiscriminately among the people. We have to give the facility of treatment to the common man,” he said. The minister said that interest-free loans are being given to the people for creating opportunities of employment. “An advertisement with regard to the cottage industry will be published next week,” he said. He claimed that no work will be done in violation of the merit. “The government paid off the loan of US$10 billion in a year,” he said. Federal Minister for Revenue Mian Aslam Iqbal said that the government had stopped the power theft of Rs 82 billion. “Different projects are being launched to alleviate poverty,” he said. He said that economy is improving now. “The rupees depreciated during the PML-N tenure. Pakistanis have assets worth US$11 billion abroad,” he said. Hammad Azhar said that steps had been taken for improvement of the agriculture sector. “The country will make progress with the progress of agriculture,” he said. He said that the businessmen’s meeting with Chief of Army Staff General Qamar Javed Bajwa was excellent. “The COAS clearly gave the message that no one will be allowed to mar the stability,” he said. The minister said that all matters have been clearly narrated in the Imran Khan’s speech in the United Nations.