Pak Army is a tiara of our forehead, says Ahsan Iqbal

Pak Army is a tiara of our forehead, says Ahsan Iqbal 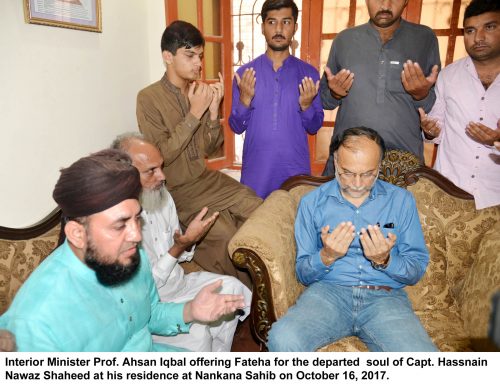 “There is no difference among the institutions,” he said.
The minister said that they are struggling to strengthen Pakistan. “Democracy, the government and the Army are on the same page,” he said. “We will have to stabilize the country internally.” He said that the enemy wants to engage them in infighting, but they will foil all conspiracies.