ISLAMABAD (92 news) - Minister for Interior Sheikh Rasheed Ahmad has said that the government is taking all possible steps to ensure peace in Balochistan.

Talking to IG FC North Major General Muhammad Yousuf Majoka in Quetta on Sunday, he appreciated the role of Frontier Corps Balochistan in maintaining law and order in the province.

Sheikh Rasheed was given a detailed briefing on operational readiness, border surveillance and law and order in Balochistan. He said implementation of all points of the National Action Plan will be ensured and inter-provincial coordination will be strengthened to improve law and order. 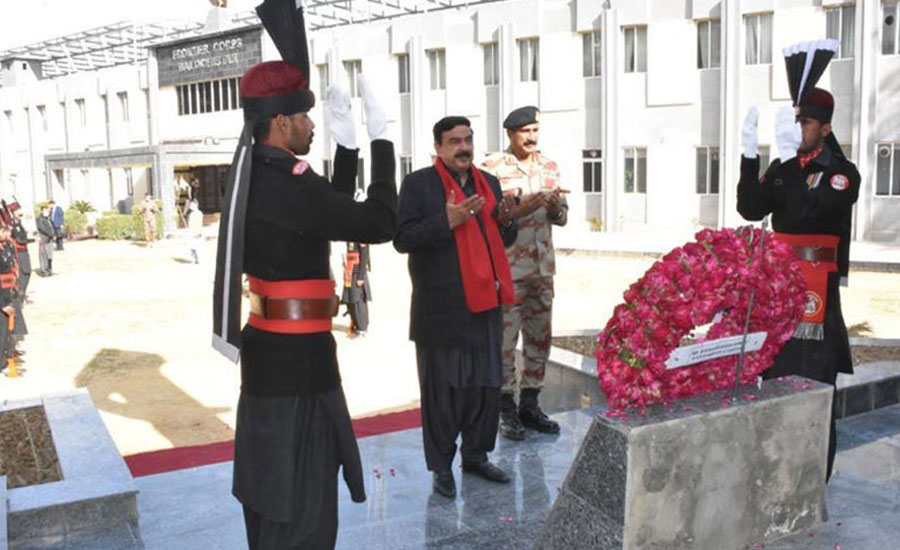 The minister also laid a floral wreath at the Martyrs' Memorial.