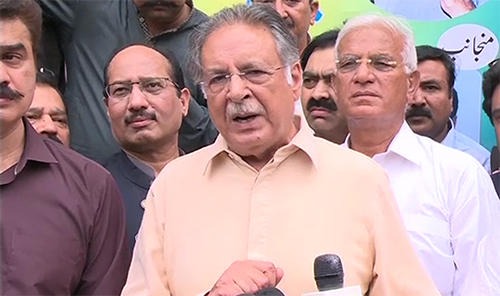 FAISALABAD (92 News) – Federal Minister for Information and Broadcasting Pervaiz Rashid has on Sunday said that the government is taking every possible step over Kulbhushan Yadav matter.

Talking to media after starting the T20 matches between Pakistan and Sri Lankan cricket teams in Faisalabad, Pervaiz Rashid said that the government had summoned Indian Ambassador to Pakistan and recorded its protest.

He said that Prime Minister Nawaz Sharif has saved Pakistan’s currency from devaluing. The minister said that critics of government wanted to create situation of 2013, adding that the National Action Plan is being implemented.