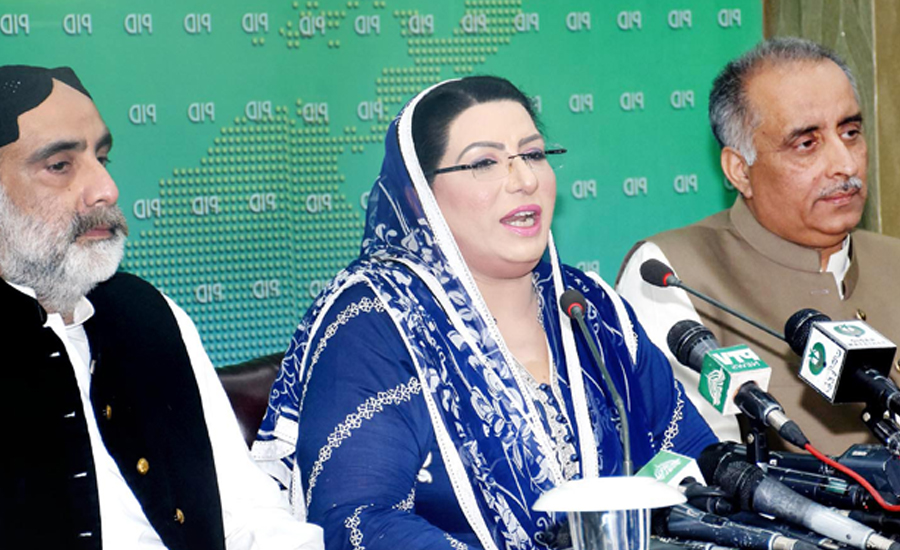 ISLAMABAD (92 News) – Special Assistant to Prime Minister Firdous Ashiq Awan has termed the hike in the power tariff as bitter pills. Addressing a press conference on Thursday, she said that these bitter pills are for the revival of economy and the people would get rid of everything after swallowing them. “The pills associated with politics are other ones,” she said. Firdous Ashiq Awan said that they would announce the head of the inquiry commission next week. She said that the prime minister is fighting for the rights of the people. “The prime minister believes in the power of Allah Almighty,” she said. The special assistant said that the prime minister would not use his personal powers with regard to the commission. “We will form such inquiry commission whose facts will be trusted by the people. The commission head will be an honest person,” she said. She said that each public office holder will be held accountable. Federal Minister Sahibzada Mahboob Sultan accused the previous governments of ignoring the agriculture sector.

An era of slavery has passed away, Firdous hits back at Maryam

Responding to Pakistan Muslim League-N Vice President Maryam Nawaz's speech on Wednesday, Prime Minister’s Special Assistant on Information and Broadcasting Firdous Ashiq Awan said that an era of slavery has passed away, it’s an era of the nation to rule in ‘Naya Pakistan’. Reacting over the speech of Maryam Nawaz on Wednesday, Firdous Awan said that lying has become a habit of PML-N. She has also called PML-N an ‘incompetent and unskilled’ party. “Supreme Court of Pakistan (SC) has declared PML-N as a liar, telling lies has become their habit,” the special assistant said. She said that Premier Imran Khan had won the hearts of the masses by expressing his pain for them. Dr Awan lauded prime minister’s last night address to the nation. She said it is Imran Khan’s achievement that he brought genuine change in the country by smashing the exploitative rule of two families. Commenting on the budget, presented by the federal government, she said a highly balanced budget was tabled in the assembly to strengthen the economy and open new doors of development.
A day earlier, Prime Minister Imran Khan has announced to form a high-powered commission to probe how the foreign debt increased to Rs 24,000 billion. Addressing to the nation on Tuesday night, he said that the commission will comprise of the representatives of the FBR, SECP and ISI. “I will not spare thieves and dacoits no matter I lose my life.” The prime minister said that they would investigate as how the country was destroyed during 10 years. “Those hurling a threat of toppling the government should blackmail someone else,” he said. Imran Khan reiterated that the head of state is answerable and not above the law. “Our government has presented its first-ever budget. This is the budget which will reflect ideology of New Pakistan. New Pakistan will be built on principles of the state of Madina. Remember! Pakistan is going to be a great country. The Madina state was a model state. It is sorrowful that the principles exist only in Western world.”