Govt to make an example of those who challenge state’s writ: Shehryar 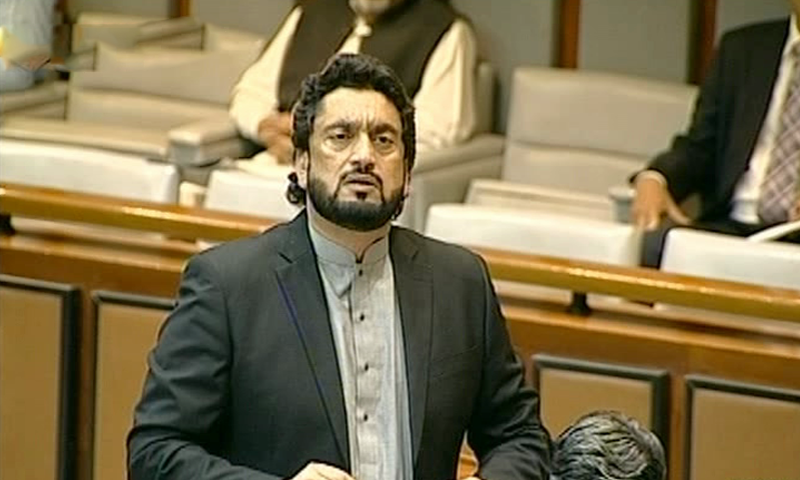 Govt to make an example of those who challenge state’s writ: Shehryar

ISLAMABAD (92 News) – State Minister for Interior Shehryar Afridi on Thursday warned that the government would make an example out of anyone who will try to challenge the state’s writ. Addressing the Senate, the minister reiterated his promise to the nation that those who took the law into their own hands during countrywide protests against the Supreme Court’s acquittal of Asia Bibi will not spare. Responding to the criticism of opponents about the government deal with the rioters, Shehryar Afridi said that no bullets and sticks would be used against in ‘Naya Pakistan’. He added that the state will never use force against its own citizens. “The government will make an example out of those who took the law into their hand. We will take action against those who challenged the writ of the state. I promise the nation, those who took the law into their own hands will not be forgiven,” he mentioned. The state minister said that the governments who failed to maintain peace were not respected. He also claimed that people belonging to some political parties had been involved in harassing citizens and damaging public and private property during the protests. The minister shared that the TLP disowned the rioters, when the government sat with the party and showed its leaders video clips of those who resorted to violence. The protests by Tehreek-e-Labbaik Pakistan (TLP) paralysed the country for three days before the government reached a deal with the demonstrators, ending the protests. Earlier, the crackdown against the agitators were initiated by the government earlier this week as police booked hundreds of people from across the country for vandalising property and inciting violence during the protests.