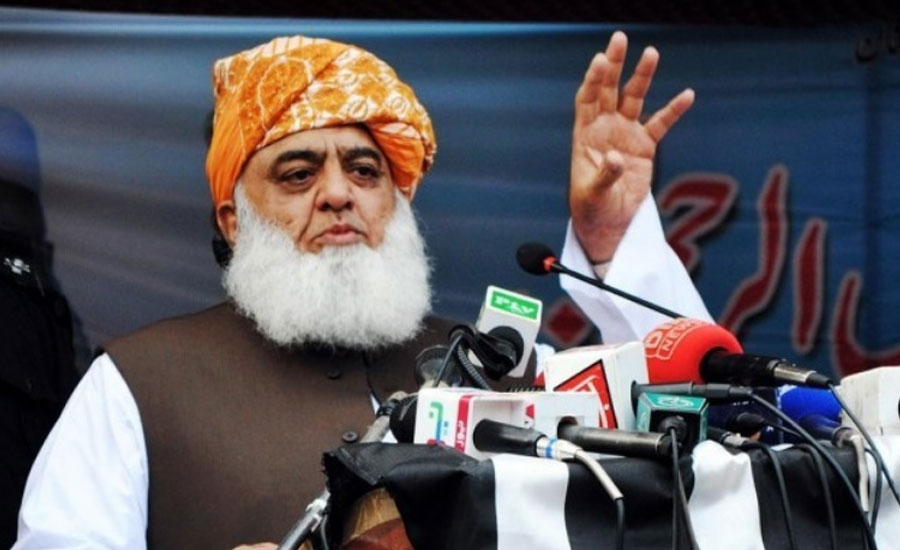 QUETTA (92 News) – Jamiat Ulema-e-Islam-F (JUI-F) chief Maulana Fazl-ur-Rehman warned on Sunday that this government must step down till August otherwise opposition would march towards Islamabad in October. Speaking to the participants of the ‘Million March’, the JUI-F chief said that if the federal government resigned by August, it would then be able to save themselves from the opposition’s march. “If the leadership failed to do so, then, in October, Fazl and his allies would march to Islamabad alongside the entire country,” he added. “All political parties desire fresh elections, he said, adding that one the one hand, there was back-breaking inflation, and, on the other, there taxes were being rained down on the people,” Fazlur Rehman said. Fazl said people’s mandate was stolen a year ago and rejected people were forced to rule public. The JUI-F chaief also slammed the new requirement of presenting the national identity card (CNIC) for purchases worth more than Rs50,000. That, he said, was not a documented economy but a foreign agenda. Earlier, JUI-F chief Maulana Fazlur Rahman has announced a ‘million march’ in Peshawar on July 25. Talking to the media on Saturday, he said that the JUI-F will hold a million march in Quetta on July 28. “The present government was formed as a result of rigging. Traders have also expressed no confidence in the government,” he said. The JUI-F chief said that the rulers want to change the ideological identity of Pakistan. “There is no legal justification to detain Nawaz Sharif after the appearance of the judge’s video,” he said. Meanwhile, the opposition has decided to observe July 25, the day when the general elections were held a year ago, as black day. The decision was made during a meeting of the opposition parties in Lahore on Saturday. Representatives of the Pakistan Muslim League-Nawaz (PML-N), Pakistan People’s Party (PPP), Awami National Party (ANP), Jamiat Ulema-e-Islam and other parties attended the meeting. The meeting also discussed the no-trust motion against the Senate chairman.