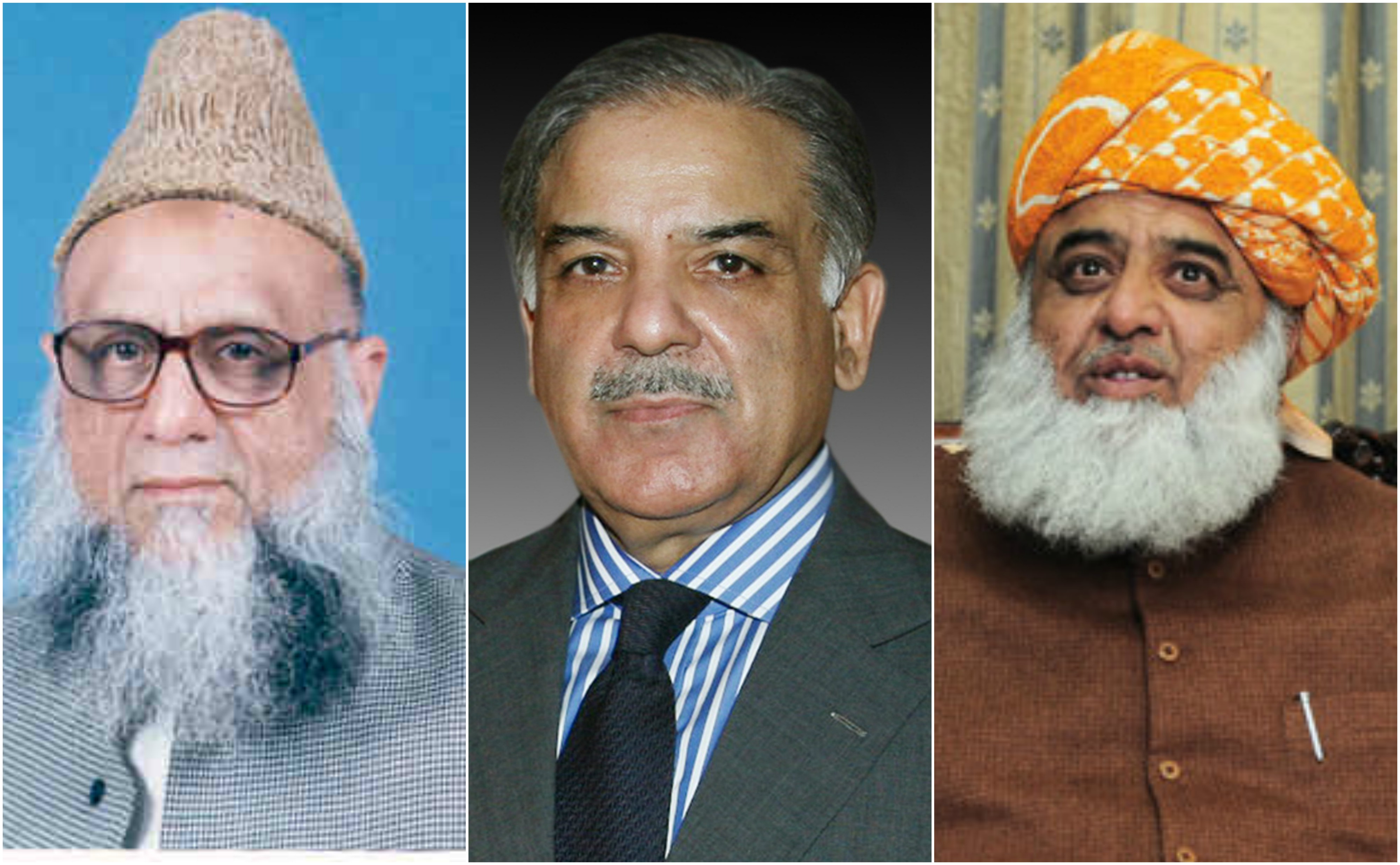 LAHORE (92 News) – Jamiat Ulema-e-Islam-Fazl (JUI-F) chief Moulana Fazlur Rehman and Allama Sajid Mir have on Monday called on Punjab Chief Minister Shahbaz Sharif and agreed to end deadlock between government and Ulemas over Women Protection Bill. The committee comprising of government and ulemas will review the bill. On the occasion, Shahbaz Sharif said that the violence against women is a social reality and no one can deny this, however, the suggestions of ulemas regarding any correction in the bill will be considered important. JUI-F chief Moulana Fazlur Rehman will suggest the name of the committee after consultations with the ulemas. Punjab Law Minister Rana Sanaulah, Salman Sufi, Chief Secretary, Home Secretary and other high ranking officials were also present in the meeting.