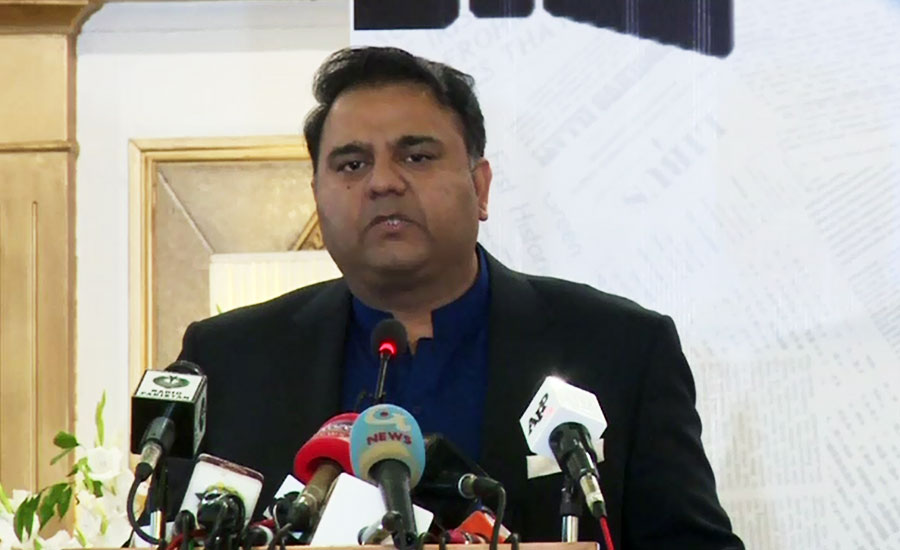 ISLAMABAD (92 News) – Minister for Information Fawad Chaudhry has said on Thursday that the government is already under a heavy burden of debts worth of billions dollars. Speaking to the “National Security, Nation Building and Mass Media” conference, the info minister said that government wants to regulate social media which is not possible without an active collaboration with global social media giants like Facebook, Twitter, Instagram and others. “We have to see how much we can cope with international regulations and over time the international regulations will govern the rules of national regulations,” Fawad Chaudhry said. The minister said that Pakistan is the most modern country in the world in terms of media development. However, he cautioned that only those media outlets will survive that will produce quality content to stay ahead in the game of competition, while others will cease to exist. The minister said the mass communication departments of the universities will also have to update their curricula to meet the future challenges. He said the current curriculum of mass communication is not updated and it should be made dynamic to reflect the changing media landscape in the world. Fawad Ch said Pakistan is the most deregulated country in terms of media in the world. He said the biggest peril to media is the business model of media organizations itself. The minister further said relying on government to run their media businesses is not a feasible idea. He said government is already under a heavy burden of debts. He said it is not government's job to support media businesses. He said due to gradual increase in speed of internet, the shape of media would be quite different in the next decade.