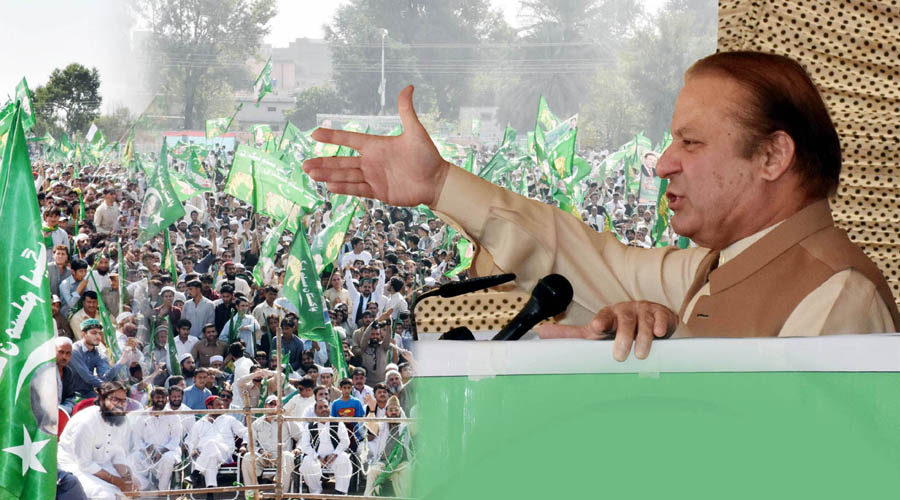 KOHAT (92 News) – Prime Minister Nawaz Sharif has on Friday announced to several development projects including motorway and highways for Kohat. Addressing the rally in Kohat on Friday, he said that Pakistan Muslim League-Nawaz (PML-N) government is fulfilling the promises made with the people relating to development and prosperity of the country, adding that Pakistan will soon become a prosper country as a result of development projects being implemented by the Government. The prime minister said that the government will bring change in Khyber Pakhtunkhawa (KP) by implementing development projects in the province. Nawaz Sharif announced the construction of a hospital in Kohat, adding that Prime Minister's National Health Program will be launched soon. “Rs3.9 billion will be spent on the gas supply projects in Kohat and said a highway will also be constructed,” he added.