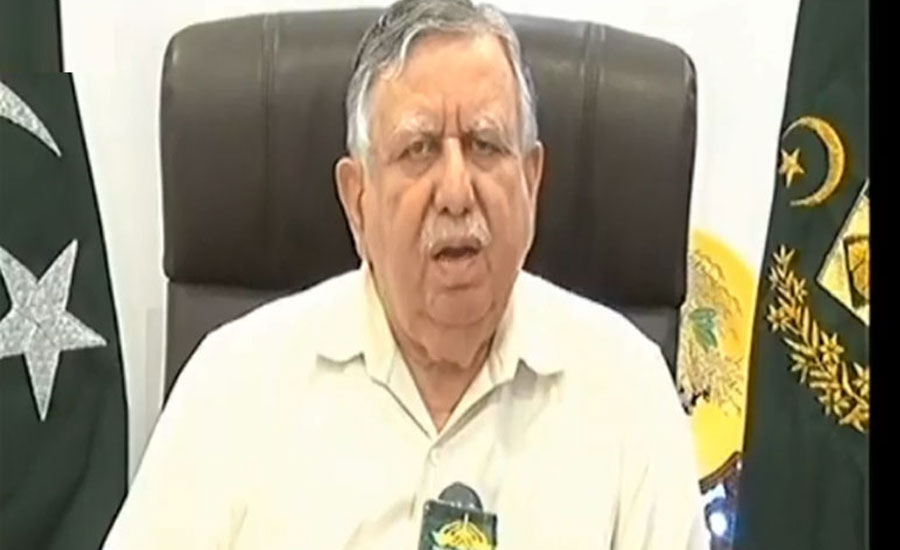 ISLAMABAD (92 News) - Minister for Finance Shaukat Tarin has announced that the government will not increase tariffs to further burden common people in upcoming budget.

Addressing a news conference on Sunday, the minister said that Pakistan's budget for the Fiscal Year 2021 and 2022 will likely be tabled on June 11."Preparations for the budget are under way and we are planning on bringing out-of-the-box things this year," he said.

"We reduced petroleum levy and sales tax. However, we are trying to reduce the revolving debts. Hopefully, Pakistan will be removed from the FATF gray list in June," he maintained.

He also said recent indicators show an economic growth of 3.94 percent, but unfortunately deliberated attempts were made to make these statistics controversial.  He said the government paid special attention on targeted sectors like housing, agriculture, and export-oriented industry, which led to economic stability and growth.

Shaukat Tarin said if the pace continues five per cent economic growth is expected next year and over six percent in 2023. He said long, short, and medium-term strategy is being evolved in 12 sectors. He said price stability is the top priority to bring down inflation and provide relief to the people. He said as short-term measures, administrative steps will be taken in the agriculture sector to enhance food supplies and to establish warehouses and cold storage facilities.

The minister said industrial competitiveness will be increased to strengthen productive sector to enhance exports. He said enhancing revenue collection and reducing fiscal deficit are also the priority areas of the government.