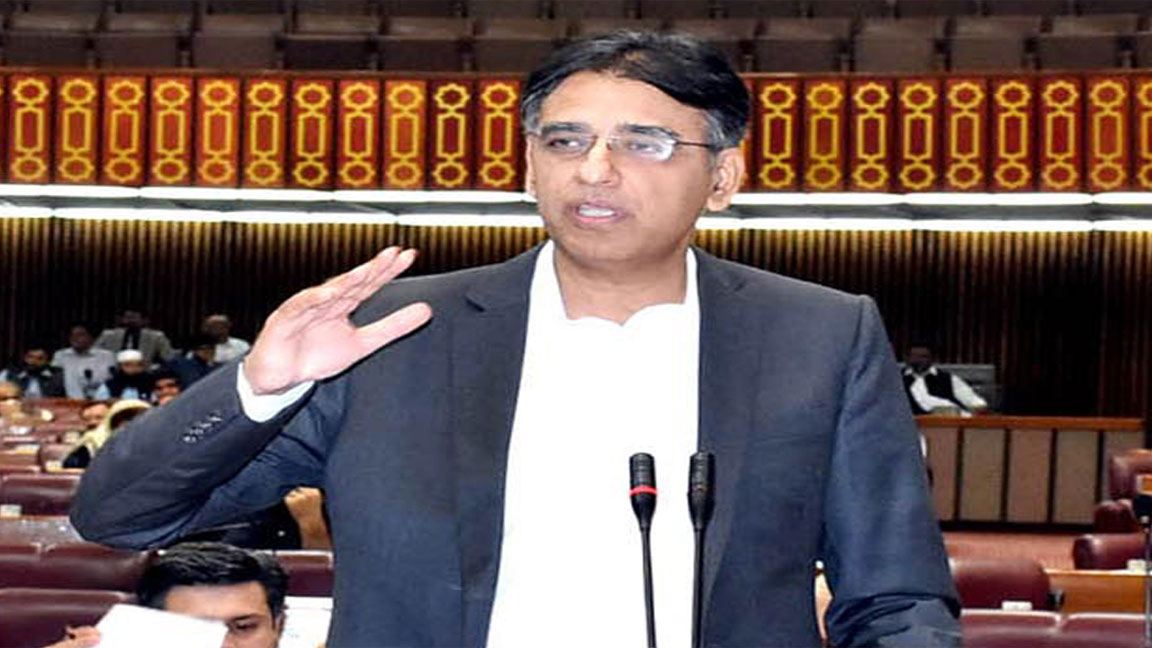 ISLAMABAD (92 News) – Minister for Finance Asad Umar on Tuesday reiterated the government will be obtaining an IMF bailout package for the last time to steer Pakistan out of the current financial crisis. Speaking on the floor of the National Assembly, the minister criticized the Pakistan Muslim League-N (PML-N), saying that the talks about economy from the mouth of the PML-N do not seem fine. “Pakistan faces a trade deficit of $35 billion, causing depreciation in the value of money against US dollar,” he said. Assailing the opposition, he said that the budget deficit soared to 6.6 per cent of the gross domestic product (GDP) during the previous government’s term. “We want the next IMF programme to be the last one,” Umar added and expressed confidence that opposition parties will put forward concrete suggestions to achieve that goal. The minister also said that bolstering exports, reducing fiscal and trade deficit and generating job opportunities for the youth are the priorities of the government to steer the country out of current economic crisis. He pointed out that short term stabilization has been achieved as a result of some steps in the past two months. He also said that the stock markets are now witnessing stabilization. “The stock market was raised by five thousand points in the last few days,” Asad mentioned. He was of the view that the stock market had started witnessing positive trends even before the announcement of Saudi relief package. The finance minister said that the government is seeking financial assistance from the friendly countries in order to get the IMF program at better terms. He said Saudi Arabia has agreed to deposit three billion dollars with State Bank of Pakistan for a period of one year while the friendly country will provide nine billion dollars of oil on deferred payment for a period of three years. Asad Umar said the prime minister is now visiting China and our aim is to take the China Pakistan Economic Corridor Project to the next phase of the establishment of special economic zones. He said a bilateral trade framework is being prepared to reduce the deficit of trade with China. He said China is fully supporting us in this endeavor. He further said joint ventures between Pakistani and Chinese companies in the SEZs will also help Pakistan cut its overall trade deficit. The minister said a coordinated plan is being prepared to provide job opportunities to the youth which are an asset to the nation. He said only the SME sector will provide two million jobs to the youth in the next five years and this will be done by ensuring better access to finances. Referring to the steps taken to bolster the exports, the finance minister said, “We reduced the prices of both gas and power for the export industry. Similarly, the poor segments of the society were also protected against the increase in the prices of the utilities.” “We also reduced taxes on the export industry in the supplementary budget and we desire to further cut them,” Asad added.