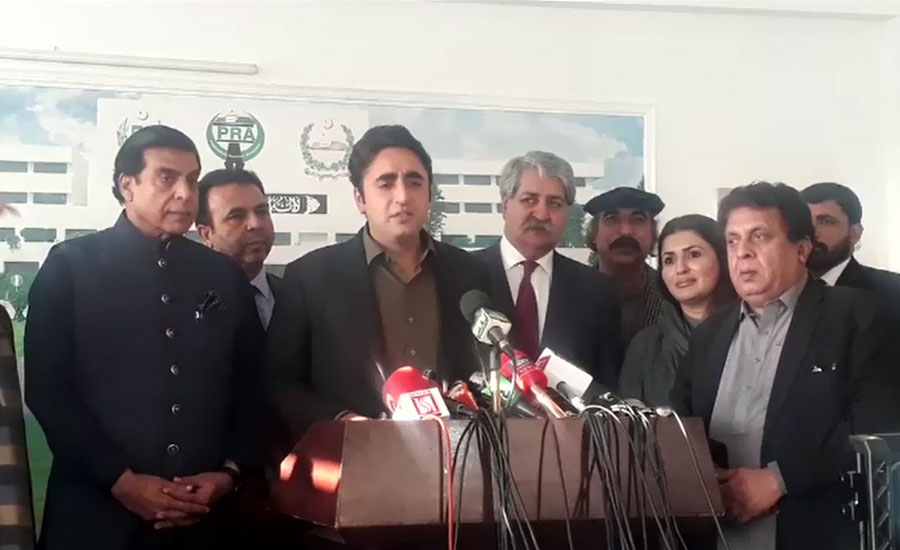 ISLAMABAD (92 News) – Pakistan Peoples’ Party (PPP) Chairman Bilawal Bhutto Zardari on Wednesday said that the foreign policy of government is only policy of begging. Taking a jibe at incumbent government, the PPP chairman said that the Pakistan Tehreek-e-Insaaf’s government has failed its 100-days agenda. He stated while talking to the journalists outside the National Assembly. He criticized the government, saying that “None of those promises have been fulfilled which has been given to the public.” He termed that the hike in prices of oil, gas and electricity have only put the burden on the common people. Bilawal Bhutto mentioned that the National Accountability Bureau (NAB) has been made for taking the political revenge. “It is above the wisdom on Prime Minister Imran Khan’s visit to China in severe condition of the country,” he said. Bilawal further recalled that PM Khan had promised he would not beg to the world community for aid, but yet his government chose the path of begging.