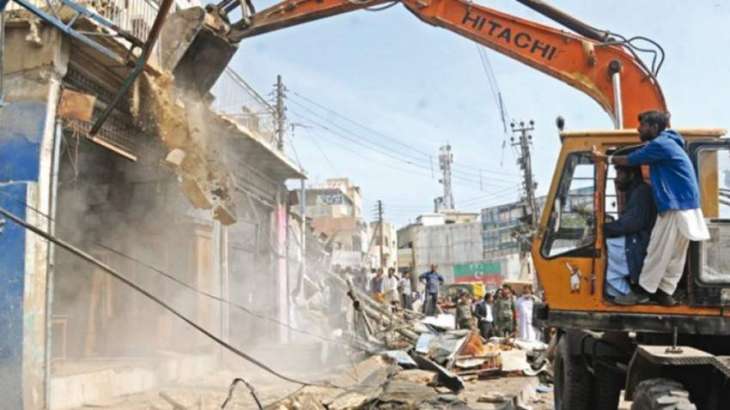 KARACHI/LAHORE (92 News) – The government has launched a grand anti-encroachment drive in Karachi and other big cities against Land mafia. The KMC launched a grand operation’s first phase in Saddar on Monday and encroachments on the footpaths near the Passport office were removed. The KMC used heavy machinery to carry out the operation. A heavy contingent of police was deployed too. The operation is being carried out from Regal Chowk to Empress Market. A meeting was held at Karachi commissioner office to review the preparations. More than 300 illegal shops and constructions will be demolished during the drive. On October 27, the Supreme Court ordered for all encroachments to be removed from Karachi in 15 days. Karachi mayor and commissioner devised a plan to clear the encroachments from Saddar. On the other hand, LDA has also launched anti-encroachment operation at Johar Town and Allama Iqbal Town in Lahore. The illegal constructions demolished during the drive and vacated the government’s land worth of Rs60 billion at Riawand from land mafia.