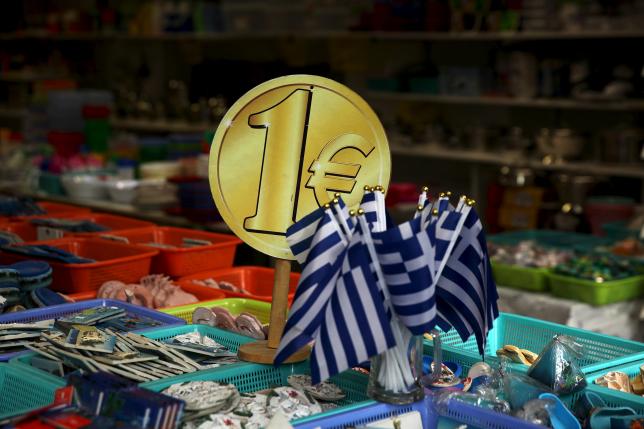 ATHENS - Both Greece and its lenders said on Tuesday they were optimistic they could broker a deal within days on a multi-billion euro bailout, striking a surprisingly upbeat tone on a process previously fraught with bitterness. A bailout worth up to 86 billion euros ($94.5 billion) must be settled by Aug. 20 -- or a second bridge loan agreed -- if Greece is to pay off debt of 3.5 billion euros to the European Central Bank that matures on that day. Wrapping up a day of talks in Athens, Greek Finance Minister Euclid Tsakalotos said negotiations were going better than expected. In Brussels, a Commission official said they were 'encouraged' by progress. "We are moving in the right direction and intense work is continuing," Commission spokeswoman Mina Andreeva told Reuters. It will be the indebted nation's third bailout since 2010, designed to stave off bankruptcy and keep the country from toppling out of the euro zone. Negotiations have been tortuous in the past, bogged down in minutiae of reforms ranging from pensions to shop opening hours. Over much of this year they were also peppered with angry outbursts about responsibility, sovereignty and even blackmail. However, sources on the creditors' side briefed on negotiations described the Greeks as being "very, very cooperative" in talks which resumed in the last week of July after weeks of deadlock over bailout terms. "They (the Greeks) are really working now," one euro zone official said. "I think (Prime Minister Alexis) Tsipras has told his ministers to cooperate." "WELL PREPARED" The Greeks were engaging in talks and were well prepared, the sources said. All areas of substance had been comprehensively covered, including pension reform, privatization, labor markets, administrative reforms and fiscal policy, they said. It appeared to be a boost for Tsakalotos, a soft-spoken Oxford trained academic who replaced the flamboyant Yanis Varoufakis as minister last month. "Everything will be concluded this week," Tsakalotos told reporters after meeting representatives of the International Monetary Fund, European Commission, European Central Bank and the euro zone's rescue fund, the European Stability Mechanism (ESM). Government spokeswoman Olga Gerovasili said drafting of the bailout accord, which requires approval from Greece's fractious parliament, would start on Wednesday. A deal might bring closure to a traumatic six months where Greece came precariously close to tumbling out of the euro zone, imposed capital controls and saw equity prices on the Athens bourse crash after a five-week shutdown. Tsakalotos, who discussed privatizations and bank recapitalization requirements with lenders on Tuesday, said there were "small divergences in views". "I don't think there will be a problem," he said, referring to the privatization element of consultations. "Discussions have gone better than I expected." Government spokeswoman Gerovasili said that if all sides stuck to their side of the bargain "I think that we will have a deal by the 18th of this month." It was a view echoed by Andreeva, the Commission spokeswoman. "Agreement is possible in order to allow for a first disbursement under the new ESM program in time for the payment Greece is due to make on Aug. 20 (to the ECB). "It is an ambitious, yet realistic timetable," Andreeva added. Greece and its euro zone partners clinched a last-minute deal in July on a reform program including privatizations and pension reform and scrapping tax breaks for groups such as farmers. Those reforms, however, still need to be passed by the Greek parliament. Without a quick deal, the country may need another bridge loan to cover short term financing needs similar to one received in July. Tsakalotos said there had been no reference to a bridge loan in talks, while sources among lenders said they also felt it was unlikely. "The option of another bridge loan is still there but there is a feeling that with the way things are going now there could be a deal on the full bailout so that there could be a disbursement on the 19th," a euro zone source said. - REUTERS