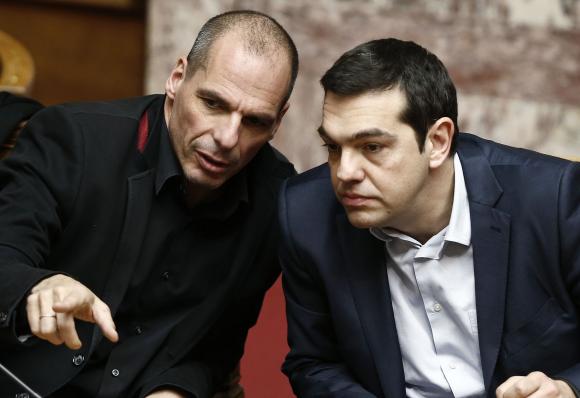 ATHENS (Reuters) - Greece has made every effort to reach a mutually beneficial agreement with its euro zone partners but will not be pushed to implement its old bailout program, its government spokesman said on Friday. "The Greek government has done all it should at every level in an effort to find a mutually beneficial solution," government spokesman Gabriel Sakellaridis told Mega TV. On Thursday, Germany rejected a Greek proposal for a six-month extension to its euro zone loan agreement, saying it was "not a substantial solution" because it did not commit Athens to stick to the conditions of its international bailout. "We are not discussing the continuation of the (bailout) program," Sakellaridis said. "The Greek government will maintain this stance today, although conditions have matured for a solution to be found at last."