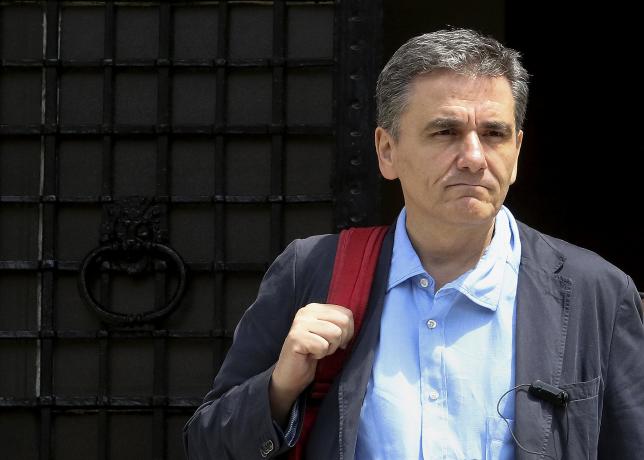 ATHENS - Greece hopes to conclude negotiations with international creditors by early Tuesday at the latest, a Greek official said as talks continued in Athens on a new multi-billion euro bailout designed to keep the country from financial ruin. Greece's finance and economy ministers were locked in negotiations with representatives of creditors on Sunday, which stretched until the early hours of Monday. Greek officials have previously said they expect the bailout accord to go to the country's parliament for approval by Aug. 18. "Efforts are being made to conclude the negotiations, the horizon is by Monday night or early Tuesday," said a Greek official who declined to be named. "When the new bailout comes to parliament for a vote it will be one bill with two articles - one article will be the loan agreement and the MoU (memorandum of understanding) and the second article will be the prior actions," the official said, referring to measures Greece needs to take for the bailout accord to take effect. A second official said: "From 12 midnight the two sides started the final stretch, ‎discussing the final stretch - combing through the final text, sentence by sentence, word by word." The negotiations began on July 20. A senior Greek finance official told Reuters the aim was for euro zone finance ministers to review the accord on Friday, Aug. 14. Athens is negotiating with European Union institutions and the International Monetary Fund for up to 86 billion euros ($94 billion) in fresh loans to stave off economic collapse and stay in the euro zone. The bailout must be in place by Aug. 20, when Greece has a repayment falling due to the European Central Bank. One senior EU official said there had been "outstanding cooperation" from the Greek side, which was keen to have a deal in place the soonest possible. But the official said sticking points for some member states was still the size of the overall bailout, which some wanted reduced from the up to 86 billion agreed at the euro summit last month because of the political sensitivity. For the Greek side, Greek sources said a key source of concern was how to deal with a mountain of non-performing loans in the banking sector, a factor likely to weigh on a potential recapitalisation bill for the banks. The Greek side wants to set up a 'bad bank' to handle this, while creditors want non performing loans bundled and sold to distressed asset funds. Non performing loans represented about 35 percent of overall loan portfolios in the first quarter of 2015, a level likely to increase during recent weeks from the imposition of capital controls. The size of the first tranche, which is likely to be at least 20 billion euros, was also a source of some concern among lenders. Of that figure, Greece needs a 10 billion euro buffer for bank recapitalisation, 7 billion to reimburse the bridge loan for July and more than 3 billion to pay the ECB in August. "Until the MoU is on the table and signed, we are still cautious," the EU official said. - Reuters