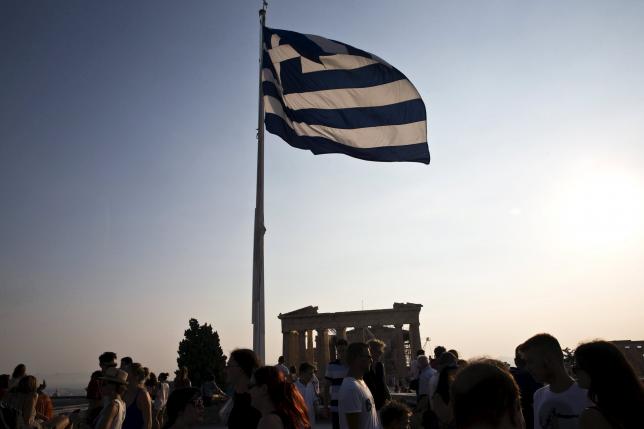 ATHENS - Greece may seek 24 billion euros in a first tranche of bailout aid from international lenders in August to prop up its banks and repay debts falling due at the ECB, a pro-government Greek newspaper said in its early Sunday editions. Athens is now in talks with the European Commission and the International Monetary Fund to secure up to 86 billion euros ($94.48 billion) in bailout aid. It will be its third bailout since 2010. Avgi newspaper, which is close to the leftist Syriza government, said Greek authorities expected to conclude talks with lenders by mid-August. The first tranche of 24.36 billion would be used to channel 10 billion euros as an initial recapitalization to Greek banks, 7.16 billion euros to repay an emergency bridge loan, 3.2 billion euros toward Greek bonds held by the European Central Bank and other payments, Avgi said. It has been estimated that Greek banks may require up to 25 billion euros to be recapitalized, a shortfall exacerbated by an outflow of deposits when a stalemate with lenders threatened Athens' place in the euro zone. The flood of money leaving the country culminated in authorities imposing capital controls on June 29 to prevent a financial meltdown. In exchange for funding Greece has accepted reforms including making significant pension adjustments, increasing value added taxes, overhauling its collective bargaining system, and measures to liberalize its economy and limit public spending. If the talks are not completed in time, European authorities may have to provide further temporary financing as they did with a July bridge loan, though Avgi said that possibility had not been discussed with lenders. - Reuters