Greece must stick to programme to exit bailout: PM 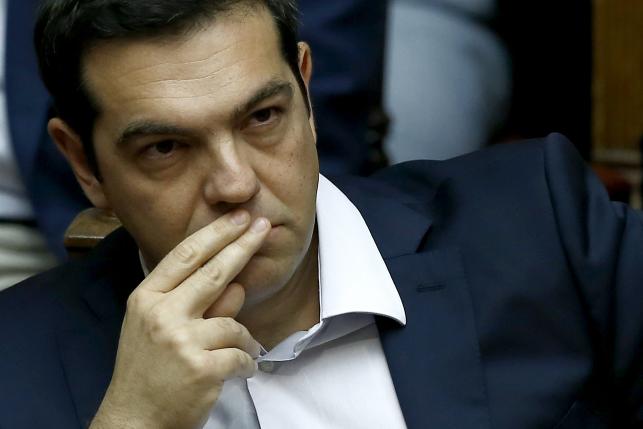 Greece must stick to programme to exit bailout: PM

ATHENS - Greece must implement its bailout programme fast to achieve its main aim of regaining access to market financing and escaping international supervision, re-elected leftist Prime Minister Alexis Tsipras said on Saturday. Speaking to lawmakers of his Syriza party on the day a new parliament was sworn in, the premier said he aimed to complete the first review of a 86 billion euro bailout agreed in August as soon as possible so Athens could open negotiations with its euro zone partners on debt relief. To achieve that, Greece is required to enact a swathe of reforms of taxation, pensions, healthcare, the financial sector and public services by Nov. 15 to unlock the next tranche of aid and receive help in recapitalising its stricken banks. "Implementing the bailout is not going to be easy. But we are obliged to make these decisions although we don't like them," Tsipras said. "It's necessary, in order to exit this system of surveillance and immediately start the discussion on the debt issue. "Our main target is to exit this system of supervision, and regain market access. But a necessary condition for that is to return to growth," he added. Tsipras performed a spectacular U-turn in July after calling a referendum to reject austerity terms for a bailout, only to accept more stringent conditions after Greece was forced to shut its banks, ration cash and impose capital controls. A hard-left faction broke from Syriza, but Tsipras trounced them in an early election last month, returning to office comfortably with his right-wing nationalist coalition partners. Tsipras said Syriza, which still spans from social democrats to radical leftists, needed to learn from the errors of its chaotic first seven months in office and avoid past divisions. "In the end, we must all respect the collective will so that the mistakes of the past are not repeated," he said in what sounded like a veiled warning to lawmakers. He also said Syriza would aim to change the country by fighting "the establishment", corruption and tax evasion, and reforming the justice system, education and social welfare. DEBT RELIEF DEBATE European Union officials have cautioned Greece against expecting massive relief on its debt when talks get under away after the completion of the first bailout review by EU, European Central Bank and International Monetary Fund monitors. Klaus Regling, head of the euro zone's bailout fund, told the Financial Times last week that Greece did not need large-scale debt relief and had already received the most concessionary loan terms "in world history". EU sources have told Reuters the bloc could reach a consensus on capping Greece's annual gross borrowing costs at 15 percent of its economic output, by extending loan maturities and repayment grace periods as necessary. An IMF source said the Fund believed Greece needed easier terms closer to the 10 percent annual gross borrowing cost it aims to achieve for developing countries. The IMF has made Greek compliance with the bailout programme and adequate euro zone debt relief conditions for its continued involvement in Greece, which Germany insists is necessary to satisfy its parliament. Berlin, the euro zone's leading economy with the largest exposure to Greece, has ruled out any "haircut" but agreed to consider longer maturities and grace periods. -Reuters