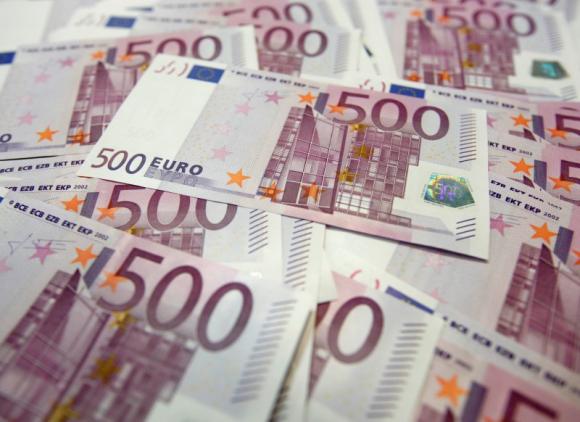 BRUSSELS - Greece asked euro zone countries on Friday for an immediate start of technical talks with international creditors on the first batch of reforms that would help conclude its current bailout programme and allow the disbursement of more loans. The request marks a softening of Greece's stance. Until now, it has rejected talks with the three institutions that have supervised it so far -- the European Central Bank, European Commission and the International Monetary Fund -- on implementing reforms. But Greece, which faces loan repayments over the coming weeks and months, is running out of cash and needs more euro zone credit to avoid bankruptcy. If it concludes the bailout, which means implementing reforms the previous government had agreed to, but which the current government rejects, it could get 1.8 billion euros of loans remaining from the existing 240 billion-euro bailout. It would also be eligible to get 1.9 billion euros that the European Central Bank made in profits on buying Greek bonds. And Greek banks would again become eligible to finance themselves at the ECB's open market operations. "I am now writing to you ... to convey the Greek government's view that it is necessary to commence immediately the discussions between our technical team and that of the institutions," Greek Finance Minister Yanis Varoufakis said in a letter to the chairman of euro zone finance ministers, Jeroen Dijsselbloem. Varoufakis proposed that discussions with the institutions take place in Brussels -- avoiding the connotation of a loss of sovereignty that visits to Athens by Troika representatives over the past five years have had for the Greek public. Euro zone finance ministers gave the new Greek government until the end of April to implement the measures that the previous government has agreed to in exchange for the loans. After that, Greece will have two months, until the end of June, to negotiate with the lenders how to finance itself afterwards. In the letter, seen by Reuters, Varoufakis said Greece did not want to wait until April to start such talks. "In parallel with these discussions concerning the April deadline" the Greek government want to begin "very soon" higher-level discussions regarding a possible "follow-up arrangement". Varoufakis said in the latter that Greece wanted the new financing deal to be called a "Contract for Recovery and Growth of the Greek Economy." He listed seven reforms that could provide the basis for the technical talks with the three institutions. He said Greece wanted to activate an already legislated, but never created institution -- the Fiscal Council -- to act as an independent watchdog to monitor government fiscal policy. He also proposed to introduce spending ceilings for various levels of government and corrective mechanisms that would kick in on a quarterly basis if ceilings were breached. Varoufakis wrote that because Greece had a culture of tax avoidance, he proposed to hire large numbers of non-professionals to act as tax inspectors for two months. The inspectors might be recruited, for example, from among students, housekeepers and even tourists. They would be wired for sound and video and would gather evidence against service providers that avoid taxes. "The very news that thousands of casual onlookers are everywhere, bearing audio and video recording equipment on behalf of the tax authorities, has the capacity to shift attitudes very quickly," Varoufakis wrote. Greece also wants to be more realistic about the large tax debts that its citizens owe the government. The letter assessed those tax arrears at 76 billion euros, 23.56 billion of which dated from before 2009. But only 8.9 billion of the 76 billion could actually be collected, Varoufakis said, proposing a complex scheme of reductions and instalments to improve the chances of recouping as much of the money as possible. Greece also wants to tax on-line gambling, reduce bureaucracy and spend money to help the poorest and most affected by the country's multi-year deep recession. The letter will be discussed by euro zone finance ministers at their next meeting on Monday in Brussels.(Reuters)