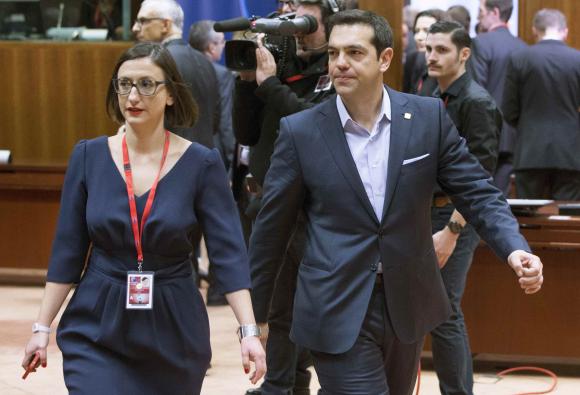 (Reuters) - Greece will make every effort to reach an agreement with its euro zone partners at Monday's meeting of euro zonefinance ministers on how to transition to a new support program, its government spokesman said on Friday. "We will do whatever we can so that a deal is found on Monday," Gabriel Sakellaridis told Skai TV. "If we don't have an agreement on Monday, we believe that there is always time so that there won't be a problem." Athens agreed on Thursday to talk to its creditors about the way out of its hated international bailout in a political climbdown that could prevent its new leftist-led government running out of money as early as next month. Prime Minister Alexis Tsipras, attending his first European Union summit, agreed with the chairman of euro zone finance ministers, Jeroen Dijsselbloem, that Greek officials would meet representatives of the European Commission, the European Central Bank and the IMF on Friday. "The aim is for the negotiating team on technical issues to finalize a proposal which will be taken to the euro working group at noon on Monday and then in the afternoon to the Eurogroup to find a solution," Sakellaridis told Greek Mega TV. He said discussions on technical issues would begin on Friday but Athens remains opposed to implementing reforms that intensify austerity and weaken the fabric of the social state. "What we have been saying is that by Feb. 16 (Monday) we want to reach a mutually beneficial agreement with our partners and we are moving in this direction," Sakellaridis said.