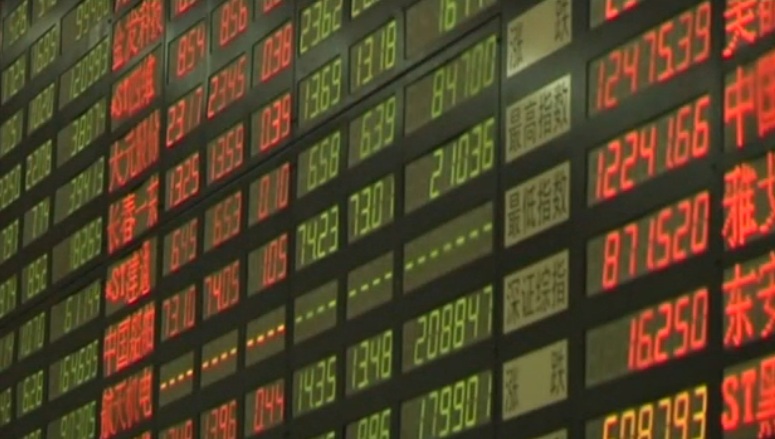 LONDON - The euro remained on track for its biggest quarterly fall and European shares for their best first quarter of the euro era on Tuesday as worries about Greece's finances kept the single currency under pressure. The European Central Bank's 1 trillion euro quantitative easing programme, launched this month, has prompted investors to pile into shares on bets that a weak euro, low borrowing costs and cheap oil will help company profits surge. The pan-European FTSEurofirst 300 .FTEU3 was up 0.2 percent on the day as traders squared up for the quarter end. It is up a whopping 16 percent since Jan. 1, with Germany's DAX .GDAXI up 23 percent and France's CAC .FCHI 19 percent higher, compared to a more modest 5 percent gain for London's FTSE .FTSE. Euro zone inflation data due at 0900 GMT is expected to show a small pick up in prices following the launch of the ECB's stimulus, but with a year and a half of the programme still to run, investors remain upbeat on euro zone assets. "For the moment we have decided not to take profits because Europe has been lagging for several years so it still has room to outperform," said Didier Duret, chief investment officer at ABN Amro. "And we think it still makes sense to allocate into the equity market because the bond yields are quite frankly repulsive these days." Duret was talking about the fact that bond investors effectively now have to pay to lend money to Germany as well as some other core northern euro zone members. German Bund and other euro zone yields nudged higher in early deals, however, amid uneasy talks between Greece and the rest of the bloc about Athens's strained finances. Germany's Chancellor Angela Merkel said on Monday Greece had a certain degree of flexibility on which reforms to implement but that they must "add up". "The question is: can and will Greece fulfill the expectations we all have?" she added during a visit to Finland. Greece's leader Alexis Tsipras responded by appealing for an "honest compromise" but warned he would not agree to "unconditional" demands. BUYS DOLLARS, WEAR DIAMONDS Asian bourses had tracked overnight gains in US stocks, with MSCI's broadest index of Asia-Pacific shares outside Japan .MIAPJ0000PUS up 0.5 percent and 4 percent for the quarter. Japan's Nikkei .N225 ended with a chunky 10 percent Q1 gain and the often volatile Shanghai Composite Index .SSEC followed up Monday's rally as stimulus hopes saw it hit another seven-year high after a 17 percent jump this year. "Tax cuts, reductions to down payments on second homes, along with further moves to (reserve) requirement ratios have all been introduced to assist China's slowing housing sector and will be a medium-term positive in the global growth story," Evan Lucas, market strategist at IG in Melbourne, said in a note. Chinese central bank governor Zhou Xiaochuan's recent warning that China needs to be vigilant for signs of deflation has also helped fuel hopes for more easing. The euro was last down 0.4 percent against the dollar at $1.0788 EUR=. Its dive has been the dollar's gain, with the greenback recording its biggest quarterly gains against the world's top six currencies since 2008. The Australian dollar found little support from prospects of more stimulus and monetary easing from China, Australia's key trading partner. The Aussie lost 0.4 percent to $0.7626 AUD=D4 after skidding more than one percent overnight amid persistent expectations of further interest rate cuts by the Reserve Bank of Australia. US crude extended losses as a deadline loomed for Iran and six world powers negotiating a deal for Tehran's nuclear programme. If an agreement to end Western sanctions is reached, OPEC-member Iran would be able to ship more crude into an already saturated market. [O/R] US crude was down 1.8 percent at $47.80 per barrel with Brent LCOc1 at $55.31. Both were headed for their third quarters of back-to-back falls, a run that hasn't been seen since the late 1990s. - Reuters