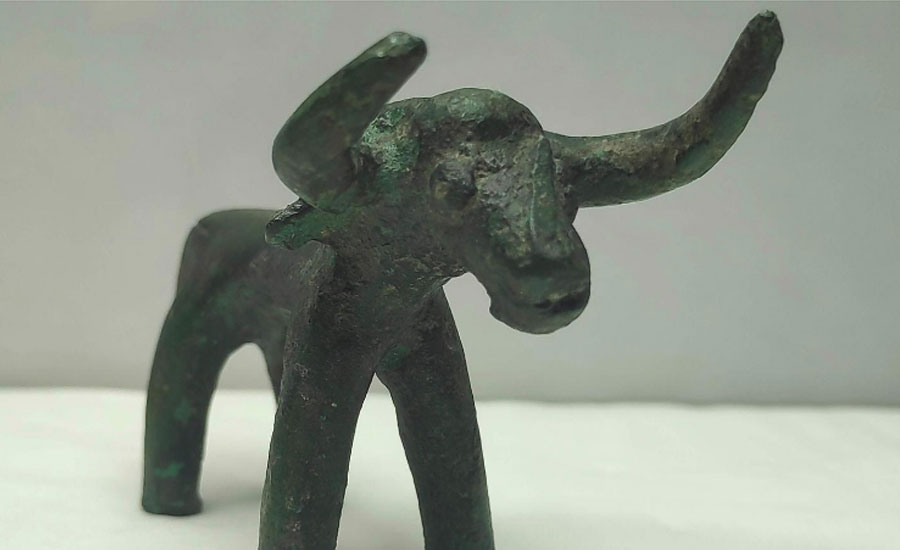 ATHENS (Reuters) - Greek archaeologists have unearthed by chance a more than 2,500-year-old bronze bull idol at the archaeological site of Olympia, the culture ministry said on Friday.

An observant archaeologist came across the mini-statue during work at the site, one of the most celebrated sanctuaries in ancient Greece, the ministry said in a statement.

With one of its horns sticking out of the ground after heavy rainfall, the statuette was found intact, close to the temple of ancient Greek god Zeus at Olympia, the birthplace of the ancient Olympic Games.

It was transferred to a laboratory for conservation.

Archaeologists believe that it was part of thousands of gifts offered to Zeus in the 1,050-700 B.C. period. Bulls and horses played an important role in the lives of ancient Greeks and so were frequently dedicated to the gods.