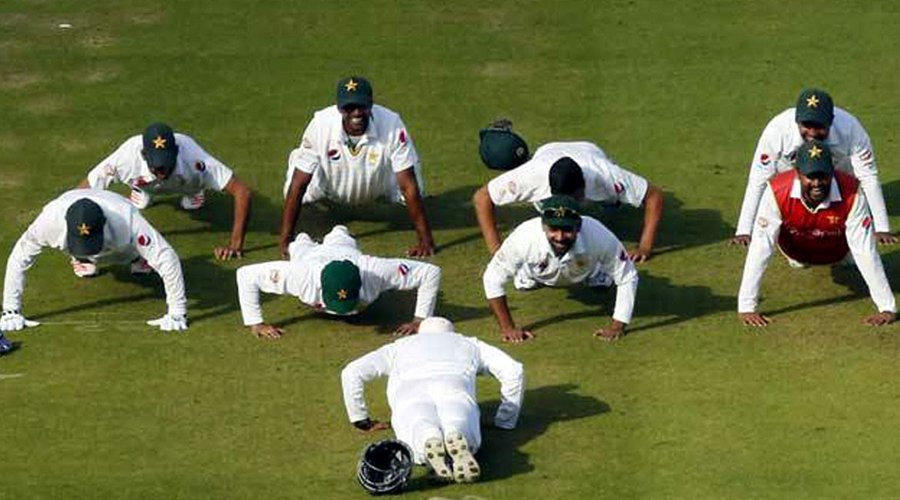 ISLAMABAD (92 News) – The Pakistan Cricket Board (PCB) has on Wednesday barred cricket team players from performing push-ups celebrations after parliamentarians raised objections. The issue was raised in the meeting of NA standing committee on Inter-Provincial Coordination and according to the members, the celebrations did not send a good message to the world as well as the opponents and must not be carried on with. Rana Muhammad Afzal asked, who were Misbahul Haq and other players giving a message to by doing push-ups? While Chaudhry Nazeer Ahmad suggested the players to offer Nawafil instead of push-up celebrations. It was the Test against England at Lord’s this year as they registered a remarkable victory against the hosts. Pakistan celebrated the victory with some pushups and military style salute. PCB Executive Committee Chairman Najam Sethi while ending the dispute said that the players have been stopped from doing push-ups. Push-ups were first done by skipper Misbahul Haq after he completed his century in a Test match against England. On the other hand, legendary spinner Abdul Qadir declared the standing committee’s proceedings as regrettable, adding that the politicians should instead focus on the issues of masses.