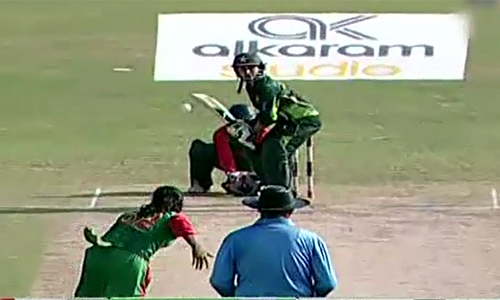 After winning the toss, Bangladesh scored 130 runs for the loss of nine wickets in the stipulated 50 overs. Anum Ameen grabbed four wickets for seven runs.

In reply, Green Shirts achieved the target for the loss of four wickets in the 39th over.

Sindh Governor Dr Ishratul Ebad was the chief guest in the concluding ceremony.

Bisma Maroof was declared the Player of the Series.

Talking to the media, Sindh Governor Dr Ishratul Ebad said that the conduct of the series in Karachi was a good omen.

Captain Sana Mir dedicated the series win to the martyrs.