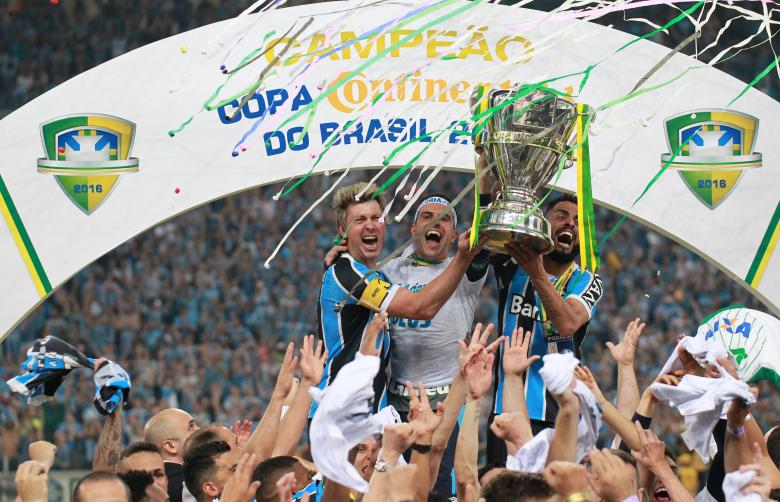 SAO PAULO - Gremio won the Brazilian Cup for a record fifth time after a 1-1 draw at home to Atletico Mineiro in an emotion charged game that honoured the players from the Chapecoense team killed in an airplane crash. The 55,000 fans at the Arena Gremio observed a minute's silence before the game, the first senior match in Brazil since 71 people, including the bulk of the Chapecoense side, were killed in the airplane crash in Colombia. Gremio, who last lifted a major trophy 15 years ago, clinched the Cup 4-2 on aggregate after they won the first leg 3-1 two weeks ago. Players engaged in a brawl at the end of the game after Miller Bolanos put the home side ahead with two minutes left before Cazares scored a spectacular equaliser from inside his own half in injury time. "It was a fair result," Gremio forward Douglas said. "It's a dream come true, because of the fans, the first title in 15 years and the first here at the Arena." Wednesday's second leg had been re-scheduled from last week but was postponed after the Nov. 28 airplane crash. -Reuters