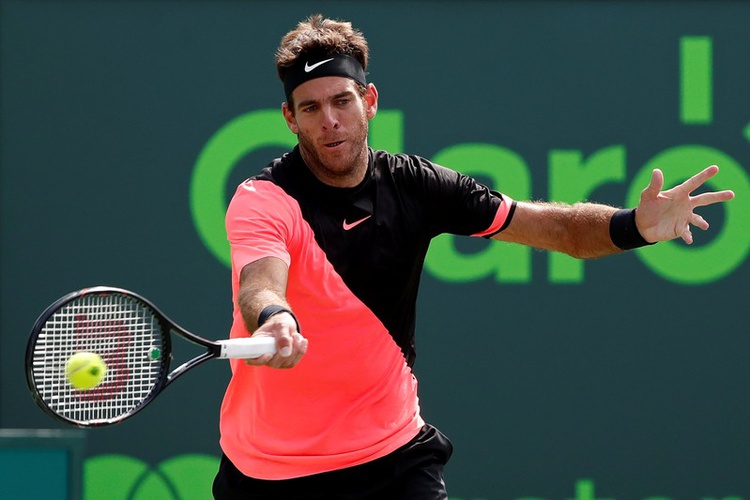 BUENOS AIRES (Reuters) - Juan Martin del Porto has suffered a groin strain and is a doubt for the French Open, the Argentine world number six said . Del Porto was forced to pull out of the Italian Open in Rome on Thursday after feeling a pain in his left groin. At the time, the 2009 US Open champion was 2-6 5-4 down in his last 16 encounter to Belgian David Goffin. “After the medical examinations today, it has been determined that I have suffered a groin strain (grade 1) in Rome,” the 29-year-old Del Potro said on his verified Twitter account. “I have started to do rehab and will evaluate the situation in the upcoming days to decide whether I can play the French Open.” The injury comes at a bad time for Del Potro, who has started the season well with tournament wins in Acapulco and Indian Wells. The French Open starts on May 27 in Paris.