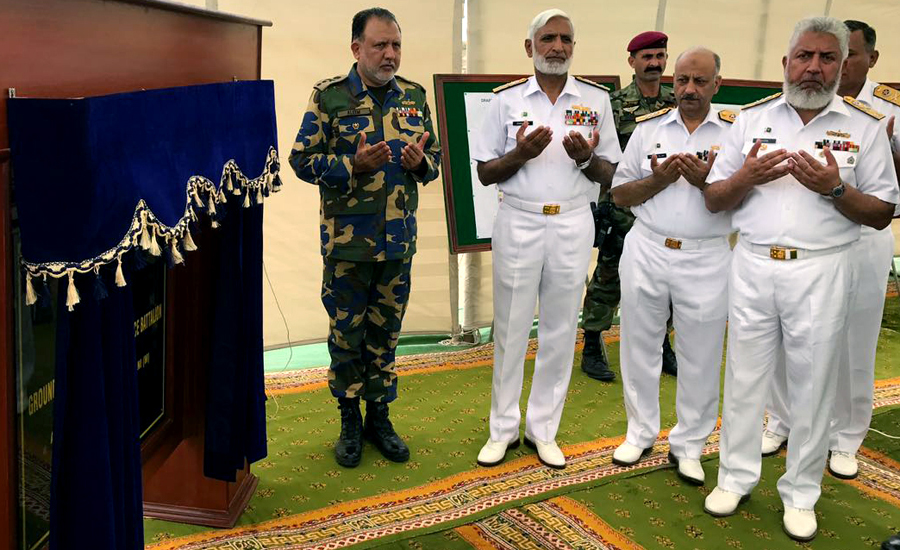 The ground breaking ceremony marks commencement of construction work for permanent and dedicated infrastructure of the unit. Chief of the Naval Staff Admiral Muhammad Zakaullah graced the occasion as chief guest.

21st Air Defence Battalion was raised in 2005 to provide Ground Based Air Defence to all PN and designated national infrastructure. In order to undertake the assigned task, the battalion is equipped with state-of-the-art air defence guns, surface-to-air missiles and air defence radars. 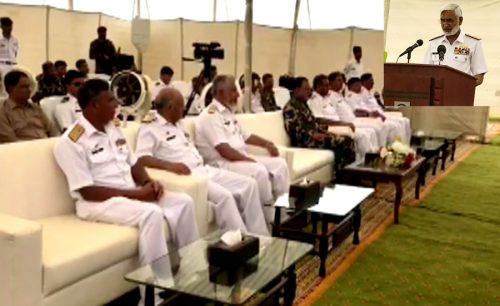 In his address, Chief of the Naval Staff Admiral Muhammad Zakaullah lauded the efforts of all those who are involved in this project of critical significance.

He said that within the overall developmental plans of PN, Air Defence stands out to be a clear priority of Naval Headquarters and all endeavours are being made to modernize this important segment of Coastal Command to contribute significantly towards the defence of the country.

The CNS extended his felicitations to the officers and men of 21st Air Battalion on starting construction work of their unit, calling for careful implementation and monitoring of the project.

Earlier in his welcome address, Commander Coast highlighted salient features of this mega project. He said that development of dedicated infrastructure of 21st Air Defence Battalion would lead to further efficiency and effectiveness to counter any challenge to our motherland from any potential aerial threat.

The ceremony was attended by a large number of senior naval officers and CPOs/sailors and civil dignitaries.