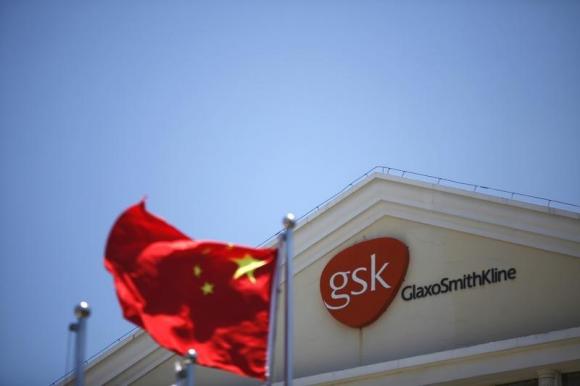 LONDON - Drugmaker GlaxoSmithKline (GSK.L), which was fined 3 billion yuan ($479 million) in China last year for bribery, is dismissing 110 employees in the country for misconduct, people familiar with the matter said on Friday. The British company confirmed it had taken disciplinary action against staff whose conduct contravened its values and code of conduct but declined to specify the number involved. The misconduct took place before mid-2013, GSK added in a statement. The dismissals follow detailed investigations into wrongdoing by employees in the wake of the corruption scandal, which badly damaged the drugmaker's reputation and hit its business in a fast-growing emerging market. "As we have previously said, we have increased our monitoring of expense claims and increased our compliance efforts. We also engaged an independent legal firm and external consultancies to review our operations in China," GSK said. "Where evidence of misconduct has been found, we take appropriate disciplinary action up to and including termination of employment." The company's annual report, published last week, had already revealed that the number disciplinary cases against staff in China jumped to 652 in 2014 from 48 in 2013. Chinese police first accused GSK of bribery in July 2013, alleging the firm had funnelled as much as 3 billion yuan to travel agencies to facilitate bribes to doctors and officials. The Chinese action highlights how regulators in the country are increasingly cracking down on corporate malpractice. GSK was issued with its record fine -- exactly the same amount as the alleged bribery -- in September 2014. A court in the southern city of Changsha also handed suspended jail sentences to Mark Reilly, the former head of GSK in China, and four other GSK executives. The case was the biggest corruption scandal to hit a foreign company in China since the Rio Tinto affair in 2009, which resulted in four executives, including an Australian, being jailed. (Reuters)