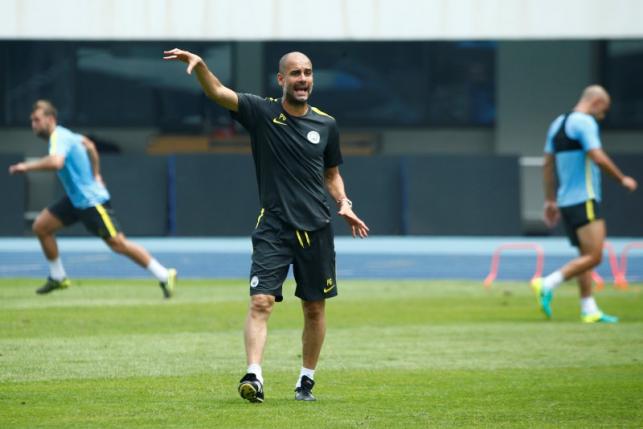 LONDON - Pizzas are off the menu for Manchester City players as manager Pep Guardiola has imposed strict weight parameters on the squad breaching which will result in training bans, left back Gael Clichy has said. Guardiola has added four players, including winger Nolito and German midfielder Ilkay Gundogan, to the City ranks hoping to rebuild the squad after the club stumbled to a fourth-place finish last season. "With him, if your weight is too high, you're not training with the team," Clichy told British media while also praising the manager's eye for details. "So we have a few players who are not training with the team yet. "He has also cut out some juices and, of course, pizza and all the heavy food is not allowed... He just wants us to trust him, he wants to trust us and I think it's the right way to start a relationship." Guardiola, who replaced Manuel Pellegrini, is one of the world's most highly rated managers after claiming 21 trophies during his spells at Barcelona and Bayern Munich. The 45-year-old will open his first season in England with a home clash against David Moyes' Sunderland at the Etihad Stadium on Aug. 13. -Reuters