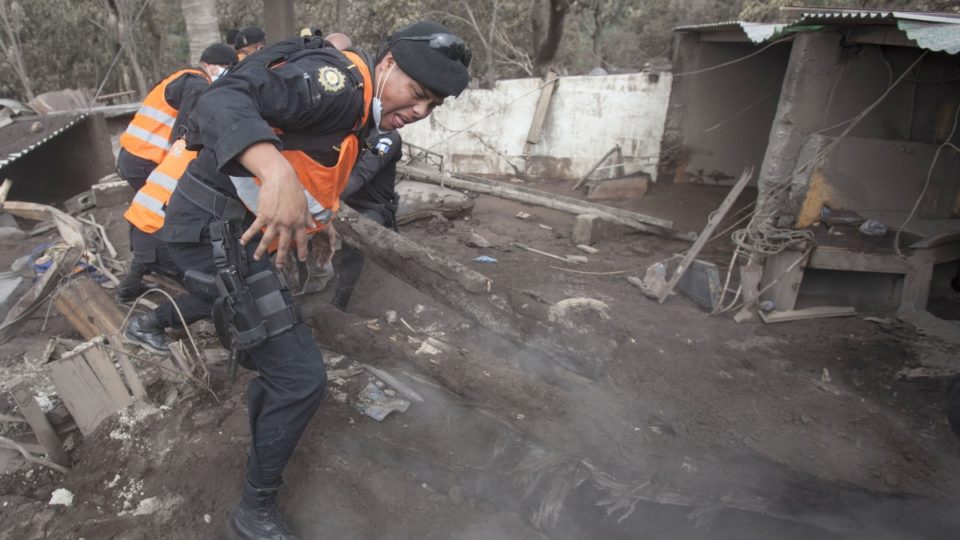 SAN MIGUEL LOS LOTES, Guatemala (Reuters) - The search for survivors from deadly eruptions of Guatemala’s Fuego volcano was temporarily suspended due to dangerous conditions for rescue workers, as the death toll from the disaster climbed to 109, authorities said. Residents should stay away from the still-dangerous area, said David de Leon, a spokesman for national disaster management agency CONRED. The death toll from Fuego’s most violent eruption in four decades has been gradually rising and now stands at 109, the Central American country’s disaster and forensic agency Inacif said. Authorities have said that a communication breakdown between CONRED and volcanologists in Guatemala delayed evacuations from the surrounding area. Guatemala’s public prosecutor said it would open an investigation into whether protocols were followed to inform proper decision-making in the handling of the disaster. Rescue teams have been searching frantically for survivors and victims in the ravaged landscape, covered in ash and lava. The eruptions, which began on Sunday, have showered volcanic ash over a vast area and spewed deadly, fast-moving pyroclastic flows through nearby towns. The US government expressed its “deepest condolences” to the victims and said it was sending emergency aid at Guatemala’s request, including an unspecified amount of financial resources to help with food, water, and sanitation. The White House said in a statement it was also dispatching aircraft to transport burn victims for treatment in Florida. The International Federation of Red Cross and Red Crescent Societies (IFRC) raised concerns about the economic cost of the disaster in the poor Central American country. “We should not underestimate the scale of this disaster. Critical, emergency needs are still enormous, and affected communities will need sustained and long-term support,” IFRC President Francesco Rocca said in a statement . Rocca noted that ash had fallen across more than half of Guatemala, covering areas where agriculture is crucial. “We hope it will not mean a secondary disaster,” he said. The IFRC has pledged more than 250,000 Swiss francs (190,034.30 pounds) to support rescue efforts, and said those worst hit would need at least a year to recover. The suspension of rescue efforts around the volcano may be lifted if conditions on the ground improve, CONRED said. Volcan de Fuego, which means “Volcano of Fire” in Spanish, lies about 25 miles (40 km) southwest of the capital, Guatemala City, near the picturesque colonial city of Antigua, a UNESCO world heritage site. The 3,763-metre (12,346-feet) peak is one of several active volcanoes among 34 in Guatemala.