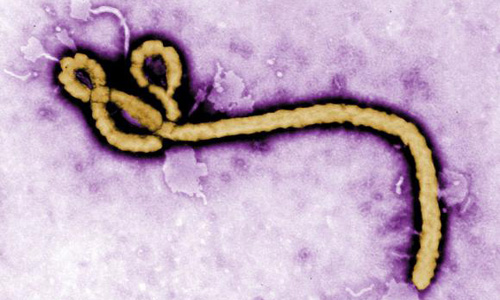 CONAKRY - Two people have tested positive for Ebola in Guinea, the government said on Thursday, hours after the World Health Organization (WHO) declared neighboring Sierra Leone's latest outbreak was over. Four people were tested and two of them were found to have Ebola, a government agency spokesman said. They were all from Korokpara, a village where three people from the same family have died in the past few weeks from diarrhea and vomiting. "All of the sick people have been taken to the Nzerekore treatment center," the National Coordination of the Fight against Ebola in Guinea's Fode Tass Sylla said. The world's worst recorded Ebola epidemic is believed to have started in Guinea and killed about 2,500 people by December last year, at which point the WHO said the virus was no longer being actively transmitted. More than 11,300 people have died since the outbreak began in 2013, mostly in Guinea, Liberia and Sierra Leone. The WHO did warn on Thursday however that Ebola could resurface at any time, since it can linger in the eyes, central nervous system and bodily fluids of some survivors. It was not immediately clear how the villagers from Korokpara had contracted the disease but the area had previously resisted efforts to fight the illness in the initial epidemic. Government spokesman, Damantang Albert Camara, said: "Vaccines have been taken to the zone to avoid new infections. The area has been locked down." Residents and authorities remain on edge across West Africa, though in many areas procedures to combat Ebola remain lax, experts say. "Strong surveillance and emergency response capacity need to be maintained, along with rigorous hygiene practices at home and in health facilities and active community participation," WHO said in a statement released earlier on Thursday. The WHO had announced Sierra Leone has had no new cases of the virus for 42 days, twice the length of the virus's incubation period - the time that elapses between transmission of the disease and the appearance of symptoms. Sierra Leone was first declared free of Ebola transmissions in November before tests revealed one woman had died of the disease in January, the same week that the WHO had declared the region free of new transmissions of the virus. The case of Mariatu Jalloh displayed how easily Ebola can return if precautions are not taken and patients do not seek quick medical attention. Jalloh had traveled across the country and come into contact with dozens of people after contracting the illness. Family members had washed her corpse, considered dangerous since the virus remains contagious for days after death. -Reuters