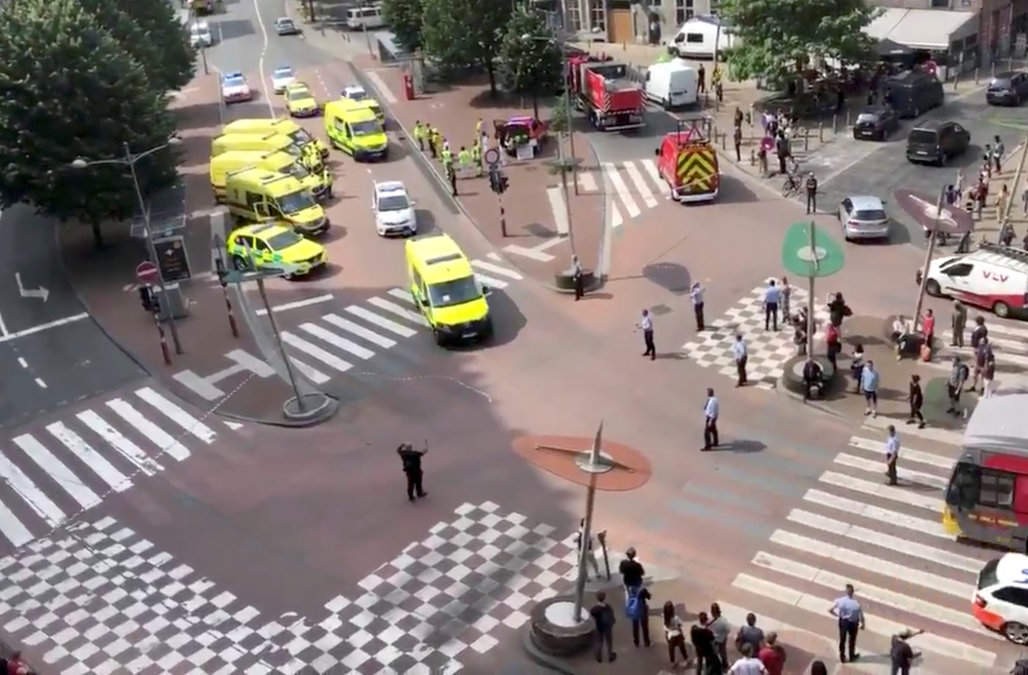 LIEGE, Belgium (Reuters) - A man killed two policewomen and a woman passer-by in the Belgian city of Liege on Tuesday, public broadcaster RTBF said, before being shot dead in an exchange of fire that sent people scattering and scurrying to take cover. The city authorities confirmed the death toll. The national crisis center, on high alert since past attacks by Islamic State in Paris and Brussels, said it was looking into whether terrorism might have been a motive for Tuesday’s attack in Belgium’s third city. RTBF named the alleged assailant as a 36-year-old Belgian who had been released on parole from a prison near Liege, close to the German and Dutch borders, on Monday. He was serving time for drug offences and classified as “unstable”, according to RTBF. It remained unclear how the incident, during which pupils at a nearby high school were moved to a place of safety, had unfolded. “The children in the local schools are safe,” Liege city authorities said on Twitter, adding that apart from the two police officers the passenger in a car had been killed. RTBF said the man may have attacked the police officers with a box-cutter and then seized one of their weapons. La Libre Belgique newspaper quoted a police source as saying the gunman shouted “Allahu Akbar” — God is greatest in Arabic — and RTBF said investigators were looking into whether he might have been converted to Islam and radicalized in prison. “(Terrorism) is one of the questions on the table, but for the moment all scenarios are open,” a spokesman for the crisis center told Reuters. Federal prosecutors took over the investigation, a further indication that a terrorist motive was possible. Prime Minister Charles Michel, expressing his condolences to the families of the victims, said it was too early to say what had caused the incident. RTBF said the attacker had a history of minor criminal convictions but was not on a list of possible violent extremists. Two other police officers had been injured, a spokeswoman for the Liege public prosecutors office said. Images on social media showed people scurrying for safety on Liege’s central boulevard d’Avroy with shots and sirens being heard in the background. Liege, the biggest city in Belgium’s French-speaking Wallonia region, was the scene of a mass shooting in 2011, when a gunman killed four people and wounded more than 100 others before turning the gun on himself. Belgium has been on high alert since a Brussels-based Islamic State cell was involved in attacks on Paris in 2015 that killed 130 people and Brussels in 2016 in which 32 died. The Brussels IS cell had links to militants in Verviers, another industrial town close to Liege, where in early 2015 police raided a safe house and killed two men who had returned from fighting with radical Islamists in Syria.