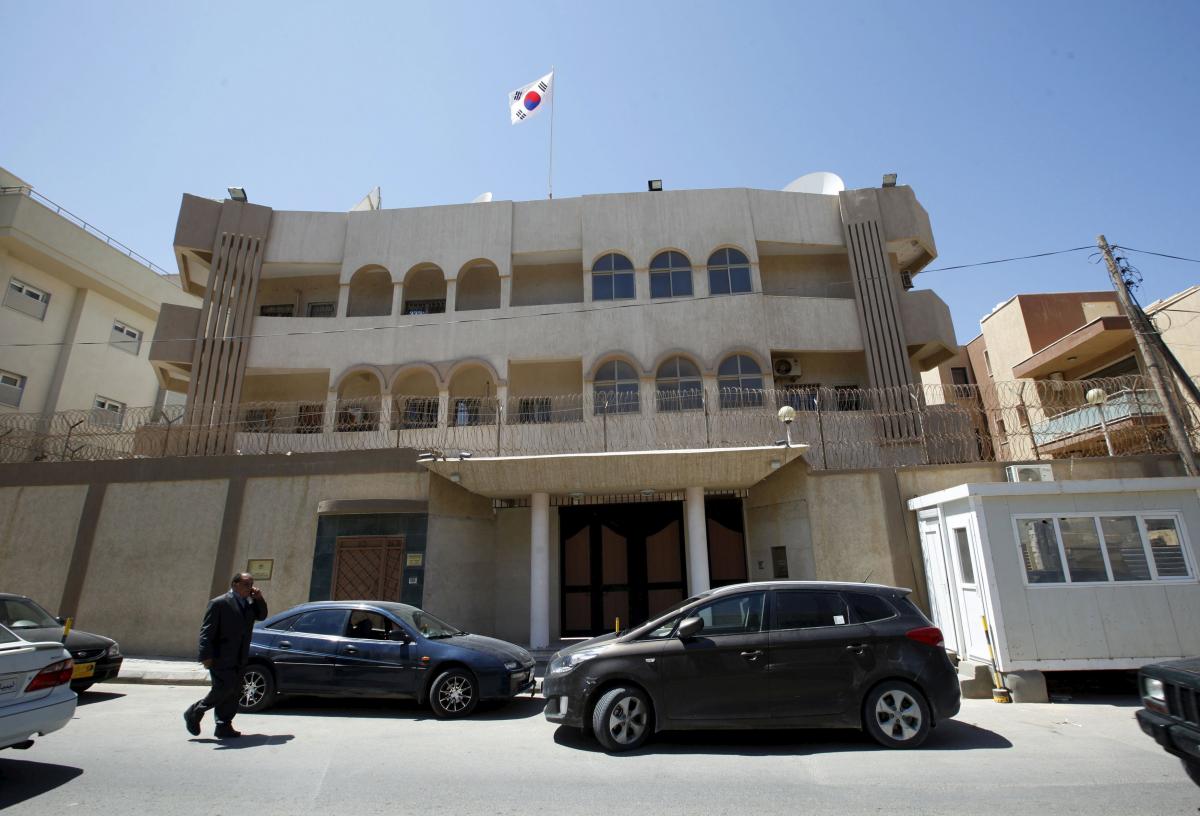 TRIPOLI – Gunmen fired shots at the South Korean embassy in the Libyan capital Tripoli on Sunday killing two local security guards, South Korean and Libyan officials said. Militants claiming loyalty to Islamic State said they were behind the attack, according to a statement on social media. It was not possible to verify the authenticity of the claim. The gunmen fired from a car at the embassy compound, killing two security officers who were Libyan government employees and wounding another, Tripoli security spokesman Essam Naas said. A South Korean foreign ministry official in Seoul said there were no Korean casualties, adding the embassy was staffed by two foreign service officials and one administrative staff member. He said the government was considering relocating it, but did not elaborate. South Korea is one of the few countries which still has an embassy in Tripoli. Libyan militants professing loyalty to Islamic State have claimed several high-profile attacks on foreigners in Libya this year, including an assault on the Corinthia Hotel in Tripoli and the beheading of 21 Egyptian Christians. They have also claimed several attacks on embassies such as Egypt or Algeria in Tripoli, attacking mostly empty buildings as most countries have pulled out diplomatic staff due to the security situation. Since Muammar Gaddafi's fall in 2011,Libya has been caught up in a conflict between two rival governments and armed forces who have attacked towns allied with their opponents. The internationally recognised government has been based in the east since a rival faction called Libya Dawn seized Tripoli in August, setting up a rival administration. Violence by Islamist militants has exacerbated the chaos. In a separate attack, gunmen in Tripoli killed a half-brother of Mahmoud Jibril, prime minister during the 2011 uprising and head of the National Forces Alliance (NFA) which opposes Libya dawn, a senior NFA member said. –Reuters