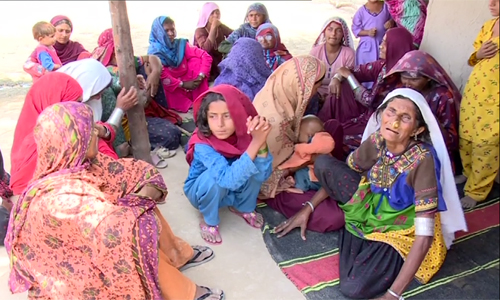 TURBAT (92 News) – Unidentified gunmen opened indiscriminate fire on labourers in Kakdan area late Friday night, killing 20 and injuring three. According to police officials, labourers working at the Sohrab Dam were sleeping at their camp when around 50 gunmen reached the came by cars and motorbikes and surrounded the camp. The labourers were asked to stand in a queue after their identification through their CNICs, after which they were shot dead by automatic weapons. As a result, 20 labourers were killed and three were injured.

No one has taken responsibility of the incident yet, the police said. According to the Turbat commissioner, 10 dead belong to Sadiqabad and 10 to Tharparkar, Hyderabad.

The police, Levies and FC reached the scene of crime soon after the incident and shifted the dead to the Turbat Hospital. The area was cordoned off and investigations are underway.

The authorities have arrested all the Levies officials deployed at the site. Meanwhile, the government has decided to suspend the DPO and other police officers. The authorities sent the bodies to their native towns by helicopters.