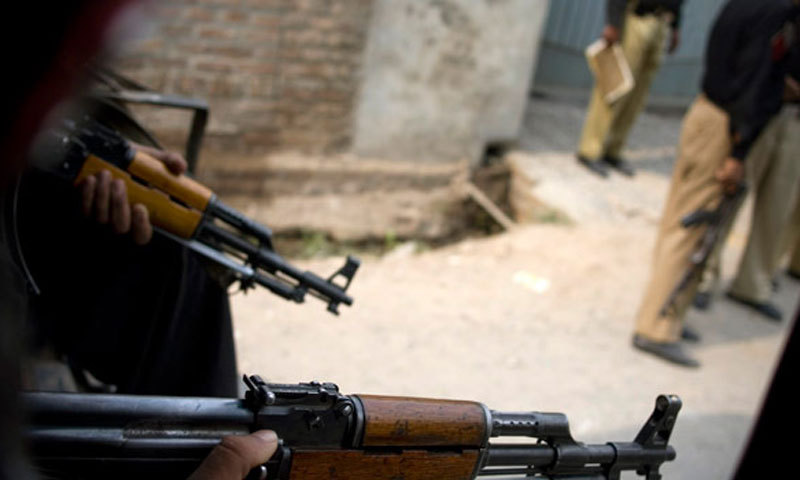 PESHAWAR: Unidentified gunmen shot dead five customs officials patrolling overnight in Kohat, authorities said on Wednesday. The gunmen attacked the duty officers at around midnight. “Three gunmen fired at the customs team indiscriminately. Four officials died on the spot and another succumbed to his injuries in hospital later, “Sohaib Ashraf, district police chief in Kohat, told AFP. “We are unaware of the identity of the attackers but it's an act of terrorism,” he said. Another police official in the area, Iqbal Mohmand said the attackers escaped on foot under cover of darkness. A customs department official also confirmed the incident.“It was a terrorist attack on our team. All five members of the team were killed in this attack. They hailed from local areas of Kohat and Karak districts,” he said. Uniformed government officials, including polio vaccination workers, are often targeted by militants who want to overthrow the government. Customs officials, meanwhile, sometimes come under attack by criminal gangs. Pakistan has strengthened its anti-terror strategy in the wake of a December 16 attack on an army-run school in Peshawar that killed 150 people, including 130 children. Its troops have been engaged in a full-scale offensive against Taliban and other militants in North Waziristan and Khyber tribal districts since earlier last year. Attacks in general have decreased since the offensive and a red alert against terrorism in the country overall, but security forces still face challenges from scattered and targeted attempted assaults on sensitive military and civil installations. –Reuters