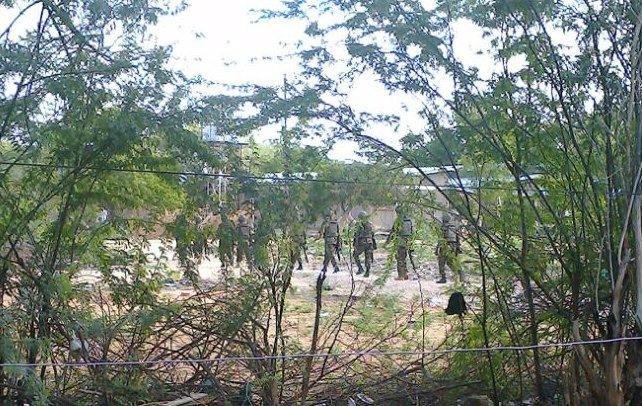 NAIROBI -The death toll in an attack by gunmen on a Kenyan university campus near the border with Somalia has risen to 14, a police officer at the scene said on Thursday. "I have counted 14 bodies of dead people being carried out of the campus by a Red Cross ambulance, and they include two of our officers who were also killed," said the policeman, who was at the university compound in the northeastern town of Garissa. "We are finding it difficult to access the compound because some of the attackers are on top of a building and are firing at us whenever we try to gain entry." Earlier, police who encircled the campus at the Garissa University College were joined by Kenyan soldiers as the standoff continued over several hours, Kenya's Daily Nation newspaper and Capital FM radio station reported. A policewoman at the scene told Reuters two security guards at the campus had been killed and the gunmen were likely to have taken hostages because many students remain trapped inside the campus in the town of Garissa. "Two guards who were manning the gate at the university have been killed," she said. "We can hear gunshots from inside the compound but at this point we can't tell who is shooting at who or what." No group has claimed responsibility for the raid yet. Somali Islamist militant group al Shabaab has carried out several attacks in Garissa and across Kenya in the past, including the 2013 attack on an upscale shopping mall in the capital Nairobi. Al Qaeda-linked al Shabaab has vowed to punish Kenya for sending troops into Somalia alongside African Union peacekeepers to fight the group.