Had dog bitten me that I saved billions of rupees: Shebaz tells CJ 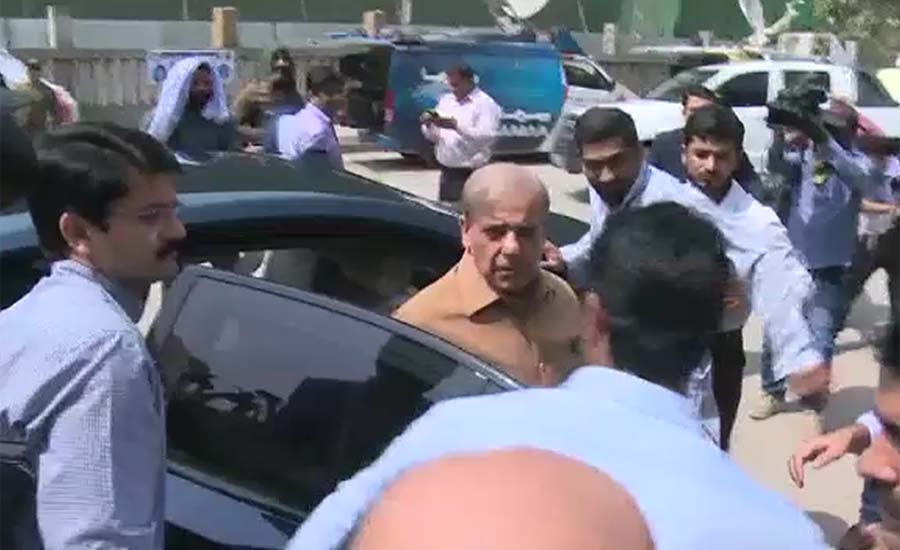 Had dog bitten me that I saved billions of rupees: Shebaz tells CJ

LAHORE (92 News) – Punjab former chief minister Shehbaz Sharif told Chief Justice Mian Saqib Nisar on Sunday that 'had dog bitten him as he was securing billion worth of rupees in public company'. A two-member bench, headed by Chief Justice Mian Saqib Nisar, heard suo motu case earlier today pertaining to the salary structure of government officers and alleged corruption in 56 public-sector companies in Punjab. Former Punjab chief minister Shehbaz Sharif appeared before the Supreme Court’s Lahore registry, after being summoned by the Chief Justice of Pakistan in a case pertaining to corruption in 56 public sector companies. During the hearing, the chief justice remarked that all money would be taken back from those officers which had been given benefits of millions rupees. The chief justice asked from Shehbaz Sharif that why public-sector officials were paid Rs1 million when their salaries were Rs100,000. While defending his position, Shehbaz asserted that he has made public companies efficient enough to save extra money in national exchequer, adding that 'had dog bitten him as he was securing billion worth of rupees in public company'. To reply, the chief justice said that he does not know who bites you. Using inappropriate remark before the court, the chief justice warned ex-CM over his indirect diatribe, on which Shehbaz offered an apology. Shehbaz said that he has also saved a lot of money in other heads, saying that he saved Rs160 billion in different power projects. “The reason this courtroom is so cool is because of these power projects,” the former CM said. He also said that he has also saved Rs70 billion in water-related projects. The CJ said he was not asking him about those projects. Instead, he said, he was asking about the public-sector officials’ salaries alone. Shehbaz replied that the matter had nothing to do with him as the finance department had issued a notification regarding those salaries. He said that he was not being given due credit for saving Rs160 billion.