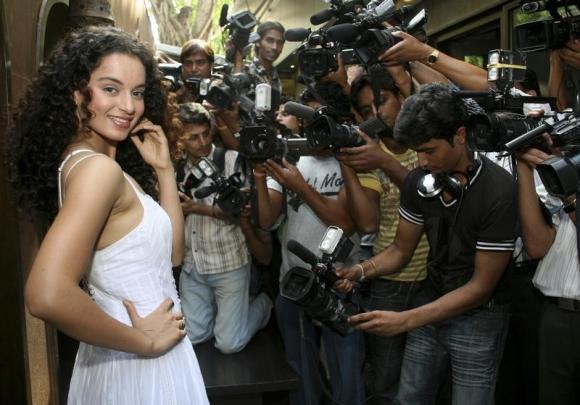 NEW DELHI – A modern-day Bollywood adaptation of Shakespeare's Hamlet set in restive Kashmir won five prizes at India's National Film Awards on Tuesday, but was snubbed in the most prestigious categories. "Haider", the third in filmmaker Vishal Bhardwaj's trilogy of films based on Shakespearean tragedies, picked up honours for dialogue, costume design, music, choreography and male playback singing. "Queen" was adjudged the best Hindi film and lead star Kangana Ranaut was named best actress for her portrayal of a jilted bride who spends her honeymoon alone in Europe. "Mary Kom", a biopic based on India's eponymous Olympian and five-time women's boxing world champion, was the only other Bollywood movie on the list of feature film winners announced on Tuesday, taking the gong for best popular film. Bollywood films usually play second fiddle to regional language cinema at the National Film Awards, but prevailed in key categories this year. But it did miss out on the biggest prize. The multi-lingual courtroom drama "Court" bagged the best feature film award and was cited by the jury for its "powerful and stark depiction of the mundaneness of judicial procedure." The awards will be presented at a ceremony later this year. –Reuters