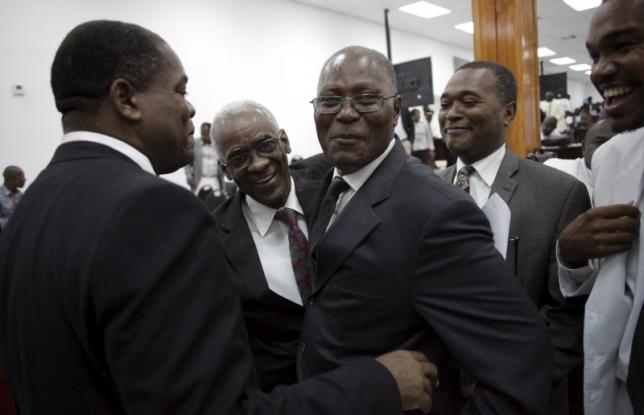 PORT-AU-PRINCE - Lawmakers selected an opposition senator who served as interior minister under former President Jean-Bertrand Aristide as Haiti's interim president on Sunday, in a move aimed at filling a power vacuum threatening stability in the Caribbean nation.

Senate chief Jocelerme Privert is due to be sworn in later on Sunday as the provisional president. His main task will be to quickly organise fresh elections.

Haiti cancelled a runoff presidential election in January amid often violent protests over alleged fraud in the first round and after the opposition candidate boycotted the vote.

Former President Michel Martelly finished his term a week ago with no elected successor. "I solemnly declare the citizen Jocelerme Privert as provisional president of the Republic of Haiti," chamber of deputies president Cholzer Chancer said after the vote.

Under an agreement struck before Martelly left office, the interim government will have a 120 day term but should organise elections by April 24, and hand power over to the winner in May.

Privert's selection could help calm the protests, which have been led by factions of Aristide's Lavalas movement.

After Aristide was forced from power in 2004 by armed groups, Privert was jailed for two years on charges that he orchestrated a massacre of Aristide's opponents. The charges were later dropped. The last time there was an interim government in Haiti was after Aristide's ouster and it took two years to hold elections. -Reuters