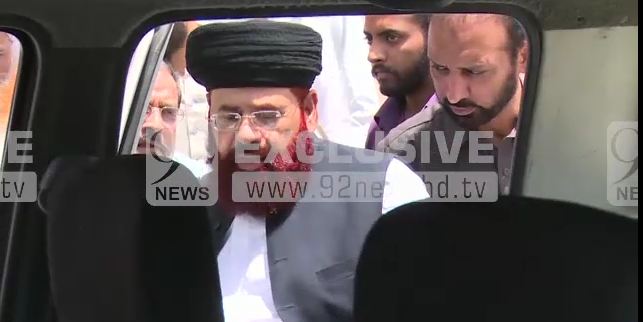 ISLAMABAD (92 News) –A local court has on Friday sentenced former minister for religious affairs Hamid Saeed Kazmi to 16 years imprisonment in Hajj corruption scandal. A Special Judge Central Islamabad announced the verdict saying that the accused were found involved in corruption while making arrangements of Hajj pilgrimage in 2010. Former DG Hajj Rao Shakeel and former additional secretary religious affairs Aftab Ahmad, have also been awarded 40 and 16 years imprisonment and fined Rs 4 million in the same case. Former minister for religious affairs Hamid Saeed Kazmi and others were accused of corruption during the course of renting residential buildings for Pakistani pilgrims in Saudi Arabia and inflicting a loss of billions of rupees to the national exchequer. A case was registered against him and he was arrested on March 15, 2011.