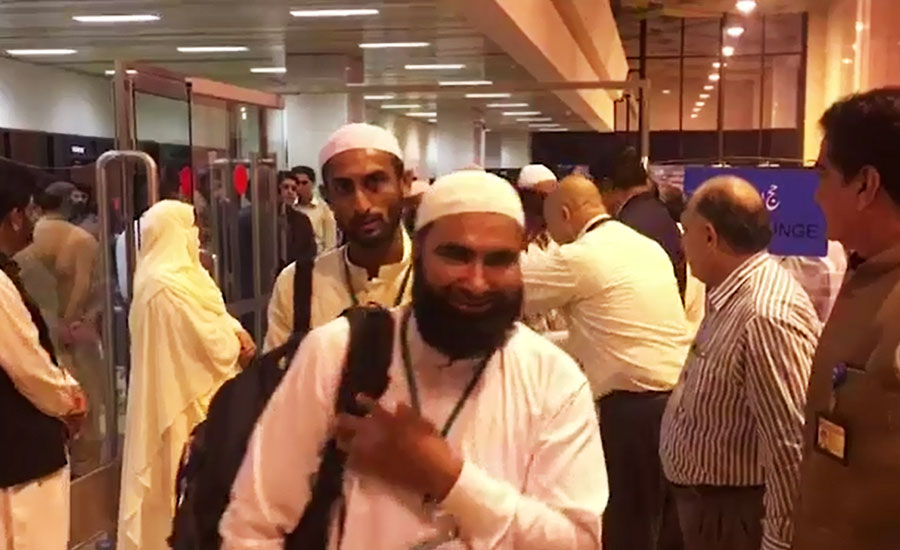 KARACHI (92 News) – The first PIA flight carrying over 300 pilgrims under the government Hajj scheme departed for Madina Munawara early this morning. According to the PIA spokesperson, the special flight PK-7001 took off from Karachi’s Jinnah International Airport for Madina. The officials of the Ministry of Religious Affairs and Auqaf, airport staff and family members of pilgrims saw them off at the airport. The national flag carrier will operate 200 flights to Jeddah and Madinah transporting over 55,000 pilgrims to fulfill the religious obligation. The flight operation will continue till August 15.