ARAFAT (Reuters) - Sheikh Bandar Bin Abdulaziz Balila in the Hajj sermon urged people to follow Prophet’s (PBUH) teachings regarding pandemics, saying that the Prophet (PBUH) had asked people to not go to an area where there’s a plague.

“The Holy Prophet (PBUH) said that people should not go out of the area where the plague has spread and people from other areas should not go there,” said Sheikh Bandar as the pilgrims performed Hajj under coronavirus restrictions.

In the sermon, Sheikh Bandar urged Muslims to establish equality, eliminate enmity and hatred amongst each other. He also asked everyone to forgive one another for the sake of Allah.

The imam of the Grand Mosque said that Hajj is the fifth pillar of Islam and urged those who can take the holy sojourn to complete it. 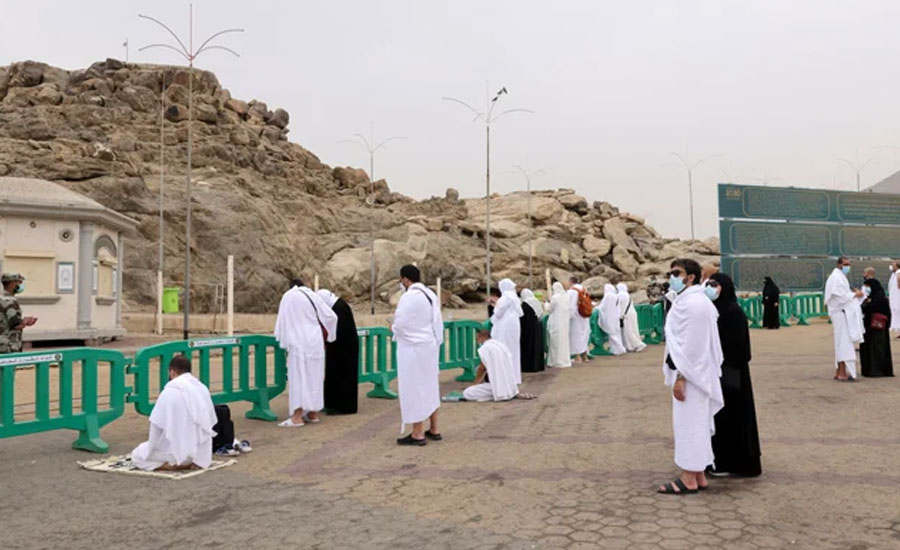 They will listen to the sermon to be delivered from Masjid-e-Nimra and perform Dhuhr and Asr prayers together.

After sunset, they will perform the Maghrib and Isha prayers together and will leave for Muzdalifah where they will stay for a night.

They will also collect pebbles from Muzdalifah to perform the ritual of Rammi, the stoning of devil.

After offering Fajr Prayer at Muzdalfa, they will leave for Mina for remaining Hajj rituals.

Earlier today, the "Ghilaf-e-Kaaba" has been changed in the annual ceremony held in early morning in Saudi Arabia, where Muslims have gathered to perform the Hajj.

According to the details, the new cover has been prepared with estimated 120kg pure gold, 100kg silver and 670kg silk fiber. Approximately more than seven million riyals have been spent on the preparation of the Ghilaf-e-Kaaba.