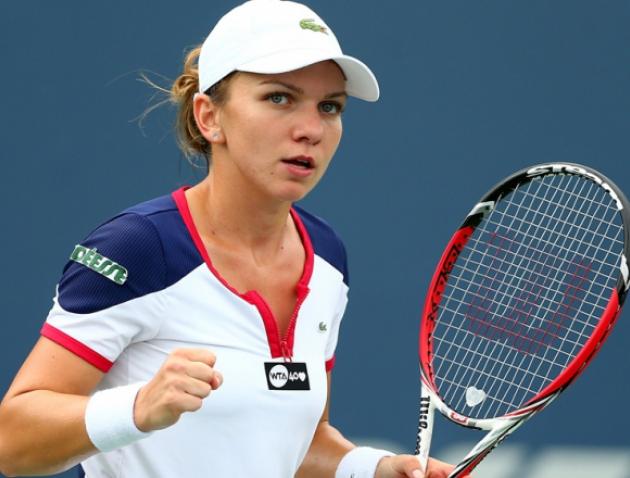 TORONTO - Second seed Simona Halep beat the heat and Italian Sara Errani 6-4 6-4 on Saturday to move into the final of the Rogers Cup and a potential showdown with world number one Serena Williams. Halep, playing her first event since a shock first round exit at Wimbledon, had as much difficulty with the baking centre court conditions as with the 17th-ranked Errani and was happy to escape with a straight sets win in one hour, 35 minutes. "I'm completely dead now, it was a very tough match," said an exhausted Halep, who dropped to the court when Errani's return sailed long. "She played amazing, she was running everywhere for all the balls. "I did everything I could to finish in two sets because in the third one I don't know what would happen. "If I play against Serena tomorrow it will be a big challenge for me and I have nothing to lose." Halep will now await the winner of the second semi-final between three-time Rogers Cup champion Williams and Swiss teenager Belinda Bencic. Since the start of the 2013 season Williams and Halep have won more titles than any other players, the veteran American lifting 22 trophies and the Romanian 11. - REUTERS