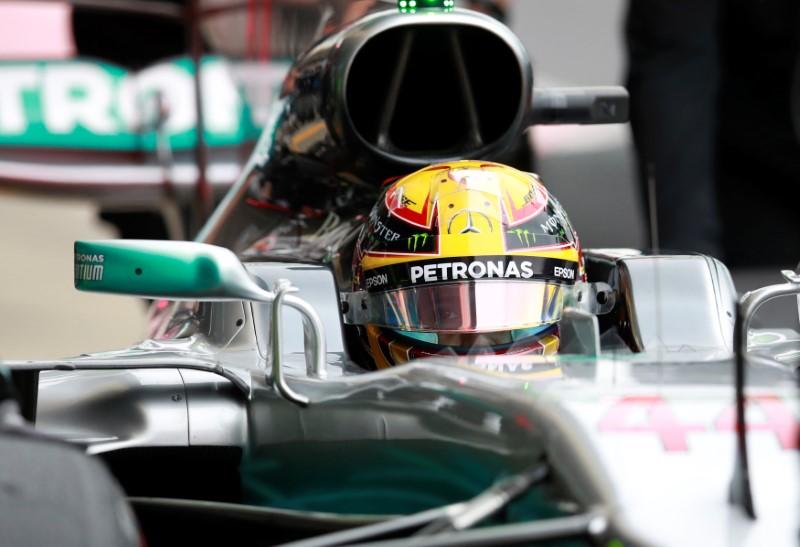 SILVERSTONE, England  – Lewis Hamilton was fastest in final practice for a home British Grand Prix that he is aiming to win for the fourth year in a row on Sunday.

The Mercedes driver, who looks a favourite for pole position later on Saturday, lapped the cold, wet and windswept Silverstone circuit with a best time of one minute 28.063 seconds.

That was significantly faster than Friday's best of 1:28.496 and the quickest yet at the former World War Two airfield.

Bottas will collect a five-place grid penalty after qualifying, due to an unscheduled gearbox change, as will Red Bull's Australian Daniel Ricciardo for the same reason.

McLaren's Fernando Alonso, meanwhile, collected a massive 30-place drop for various engine penalties, ensuring the Spaniard starts at the back -- a familiar experience for the double champion this season.

The penalties look like turning qualifying into a straight battle between Hamilton and the Ferraris in a session likely to be overcast but with a decreasing likelihood of rain after steady morning drizzle.

A pole for three-times world champion Hamilton would put him just one away from Michael Schumacher's all-time record of 68 and come as a timely boost after two races off the podium that have left him 20 points behind Vettel.

Pole is not crucial at Silverstone, however, although every winner at the circuit since 2000 has started from fourth place or higher. Hamilton has taken the top slot for the last two seasons. –Reuters