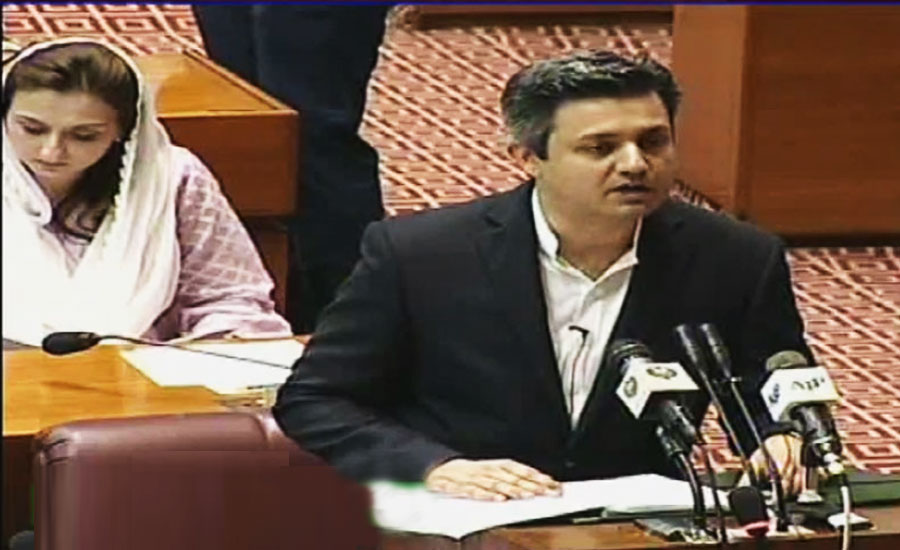 ISLAMABAD (92 News) – Minister of State for Revenue Hammad Azhar presented the Federal Budget 2019-20 in the National Assembly on Tuesday. In his budget speech, he started off by shedding light on the gloomy economic situation of the country before the Pakistan Tehreek-e-Insaf’s regime. He mentioned that Pakistan’s total debt had reached Rs31 trillion owing to high-interest loans taken by the previous government. Moreover, he mentioned that the foreign exchange reserves had dropped below $10 billion, current account deficit (CAD) had reached $20 billion, whereas the trade deficit had reached $32 billion. “Pakistan received a bailout package from International Monetary Fund (IMF), along with financial assistance worth $6 billion from Saudi Arabia in the form of deferred oil payments to alleviate the burden on foreign exchange reserves,” he maintained. “There has been no increase in exports in the past five years,” he said. “Due to financial mismanagement, the deficit reached Rs2260bn. Circular debt in the energy sector reached Rs1200bn.” The minister said measures taken by the PTI-led government have resulted in remittances rising by $2bn, and Rs12bn decrease per month in circular debt in the energy sector. Azhar added that the 11 per cent tax to GDP ratio currently, was the lowest in the region. There were only 50 per cent of SECP registered companies paying tax. "We will have to change this culture." Hammad Azhar has delineated the key points for Budget 2020, saying the government's key priorities were public welfare and well being and reducing the external deficit.

The minister has said that the government's priority for the next fiscal year is to increase the tax revenue, with the target set at Rs5,500bn by the Federal Board of Revenue (FBR). "We will increase our tax net...benami and non registered assets will be brought into the net," he said. He said that the tax refund system will be improved.

Sugar tax advised to be increased to 17pc

Sugar prices are likely to go up as it has been recommended that the sales tax, which previously stood at 8.5 per cent, now be increased to 17 per cent. Sugary drinks will also see an increased tax duty of 13.2 pc versus the previous figure of 11.25 pc.

GST to remain unchanged at 17pc

The minister for revenue has announced that the general sales tax on goods will remain unchanged and will stand at 17 per cent for FY2019-20. Food items supplied to bakeries and restaurants will be taxed at 4.5 pc.

Duties will be reduced to boost non-traditional exports

"Our institutions will be strengthened and 2019-20 will be the year of change. The govt will avoid taking loans from the SBP to cover shortfalls, while inflation will be targeted to be kept between 5-7pc," he said.

The previous 3% value addition tax on mobile phone imports will be abolished.

FBR will settle tax refunds by issuing promissory notes Active tax payer list issue will be resolved Taxation on CNG to be increased Cotton etc will be slapped with 10pc tax Sugar now taxed at 8pc and Rs18bn revenue is obtained from it, it is advised to increase to 17pc

New definition is advised to include only those industries earning less than Rs2 million turnover per annum Opposition members tear budget copies Mayhem in the parliament continues despite National Assembly Speaker Asad Qaiser's instructions for opposition members — who have gathered around the speaker's dais — to return to their benches. Some members of the opposition have torn copies of the budget. 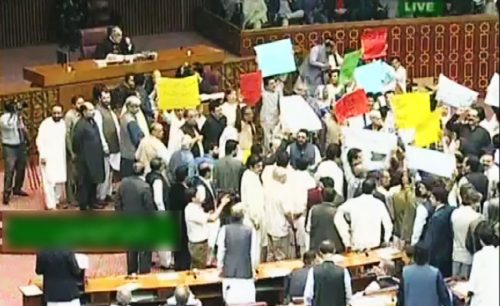 During the budget presentation, members of the opposition protested in front of the NA speaker’s dais. Opposition members chanted slogans against the government and Prime Minister Imran Khan. Opp protests for not being provided with budget speech copies 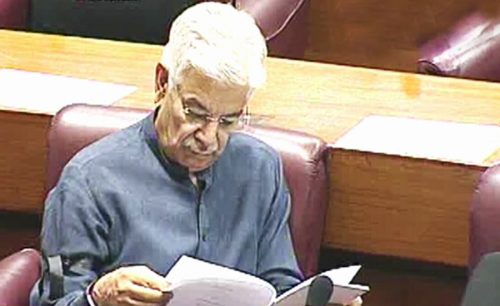 Opposition members protested for not being provided with copies of the budget speech which were distributed later.

If budget is anti-people, we will protest: Sherry Rehman

PPP leader Sherry Rehman has said that the opposition will attend the National Assembly budget session. “If the budget is people-friendly, we will listen to it. If it is anti-people, we will protest,” she said. 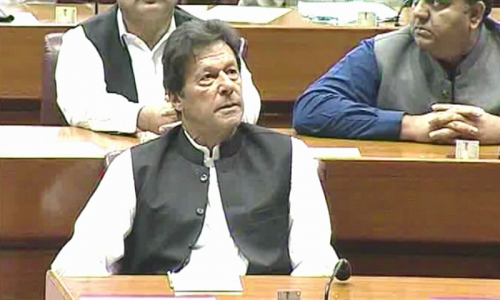 Opposition parties, apart from the MMA, were absent from the National Assembly as budget session got underway.