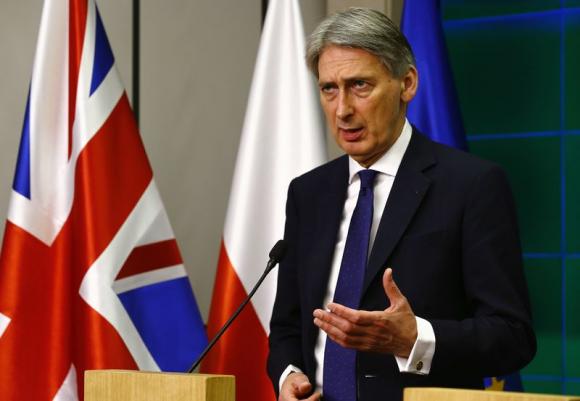 LONDON - Russia potentially poses the greatest threat to the United Kingdom so British spy services are stepping up intelligence gathering about President Vladimir Putin's Russia, Foreign Secretary Philip Hammond said on Tuesday. Since the 1991 collapse of the Soviet Union, Britain and its Western allies had sought to work with the Kremlin and draw Russia into a "rules-based" international system, Hammond said. He said those efforts had been rebuffed by Putin, who has ruled Russia since 1999. "We are now faced with a Russian leader bent not on joining the international rules-based system which keeps the peace between nations, but on subverting it," Hammond said in a speech in London. "We are in familiar territory for anyone over the age of about 50, with Russia's aggressive behaviour a stark reminder it has the potential to pose the single greatest threat to our security." Gathering intelligence on Russian capabilities and intentions would remain a "vital part" of Britain's intelligence effort for the foreseeable future, said Hammond who is the British minister responsible for Britain's MI6 foreign spy service and its eavesdropping agency, GCHQ. Hammond also said Russia's steps to modernise its military forces and weapons and its increasingly aggressive stance, which last year resulted in more than 100 NATO interceptions of Russian aircraft, were "significant causes for concern". - Reuters