Hammond sees no sharp change to migration rules after Brexit 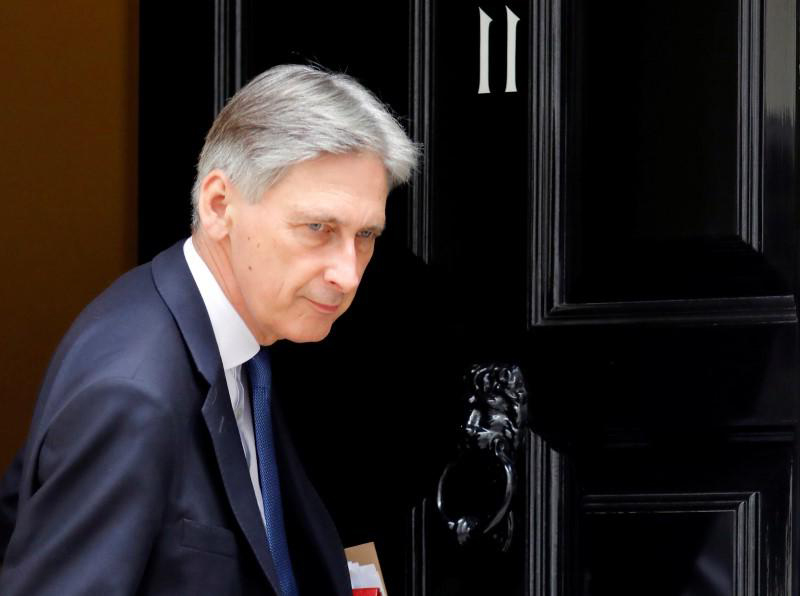 Hammond sees no sharp change to migration rules after Brexit

LONDON (Reuters) - Chancellor of the Exchequer Philip Hammond said on Friday there should be no immediate change to immigration or trading rules when Britain leaves the EU in March 2019, and that a shift to new arrangements could last until mid-2022.

Hammond - who opposed leaving the EU in last year's referendum - has been one of the loudest voices among Prime Minister Theresa May's ministers in calling for a smooth, business-friendly Brexit.

On Friday Hammond said he wanted to avoid a cliff-edge on March 29, 2019, and stressed that British hospitals and care homes relied as much on EU migrant workers as many businesses.

"We've been clear that it will be some time before we are able to introduce full migration controls between the UK and the European Union," he said in a BBC radio interview, saying the government currently lacked the capacity to monitor EU migrants.

Curbing immigration was a major reason why many Britons voted to leave the EU last year, and Britain's Conservatives have for years tried unsuccessfully to reduce net immigration to under 100,000 a year.

"There is going to have to be a period during which we move gradually from where we are now to our long-term new relationship with the European Union which we haven't even negotiated yet," Hammond said.

This transition could last until the planned date of the next parliamentary election in June 2022, Hammond said.

Britain's economy weathered the immediate shock of last year's vote to leave the EU much better than the government and most analysts had predicted.

But growth in the first half of this year has been the weakest since 2012, and earlier on Friday a closely watched consumer survey showed sentiment was its weakest in a year. Households viewed the economy as the worst in four years.

Last year's referendum to leave the EU did not set out a specific model for Britain's future relationships with the bloc that is the biggest destination for its exports, and business groups are concerned about the lack of planning since then.

On Thursday, Britain's government launched a year-long study of EU migration to help it design a post-Brexit immigration system, drawing criticism from opposition lawmakers over why it had not started this planning work sooner.

Interior minister Amber Rudd has also promoted a softer line on immigration, and government ministers who backed Brexit in the referendum have said some kind of transition will be needed.

Even once British ministers agree among themselves how they want Britain's future ties to look, any deal will need the consent of governments across Europe.

The Financial Times reported earlier on Friday that Hammond hoped for an "off-the-shelf" transition deal with the EU that would preserve existing trading arrangements for at least two years, followed by a further implementation phase.

Hammond declined to comment directly on the FT report in broadcast interviews on Friday. Rules on trade and immigration could change during the transition period up to 2022, he said.