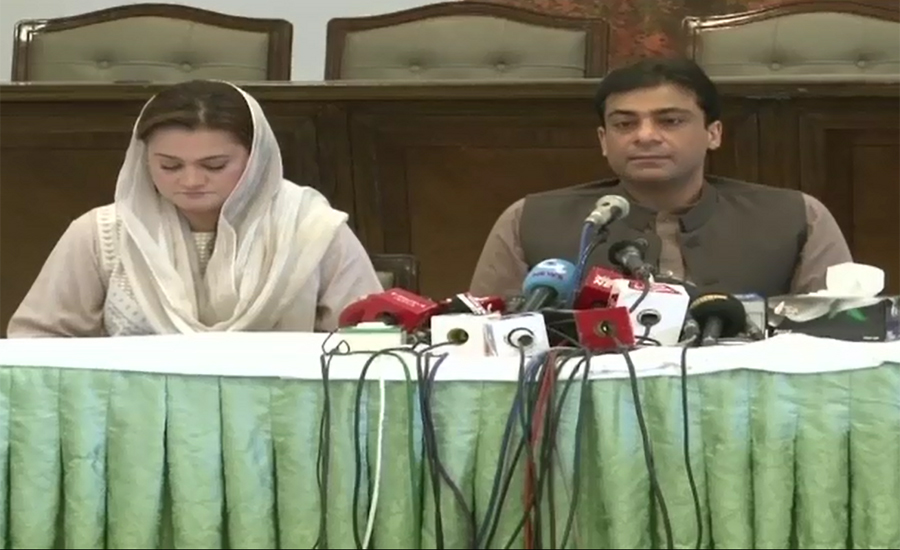 LAHORE (92 News) – PML-N leader Hamza Shehbaz has announced that his party will form the government in Punjab. Addressing a press conference along with PML-N spokesperson Marriyum Aurangzeb on Friday, he said that they will contact other parties as well. Objecting to the election results, he said that the results were being announced even after 34 hours and it was not witnessed in the past. He alleged that the public mandate had been stolen. The PML-N leader said that the party will decide whether Shehbaz Sharif should be sent to the Centre or Punjab. He said that they will review the political situation along with Maulana Fazlur Rehman in the APC. “An amount of Rs five billion was spent on the RTS system in 2013 and now a sum of Rs 21 billion has been spent on it,” he said. Hamza Shehbaz said: “It is the need of hour that we should play our role for democracy.” He said that the PML-N has emerged a big party in Punjab despite reservations. “We are democratic people and believe in democratic norms. We will play our democratic role,” he said.